Four years ago, the thought of living a normal and healthy life was a distant and perhaps, hopeless, dream for Kelsey Eisenhour.

And the idea of running cross country for the state-caliber Palmyra Cougars -- that wasn't even a thought. It was a certain impossibility.

None of these things seemed possible when she was an overweight middle schooler needing help just to get into the swimming pool. 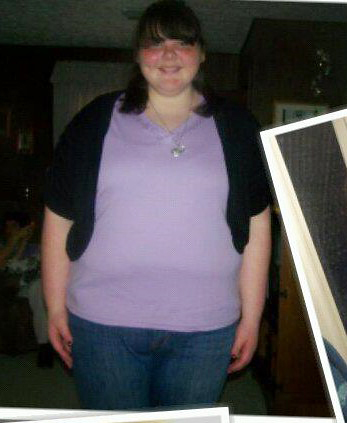 But somehow Kelsey Eisenhour, down 150 pounds and now a senior for the Cougars, has completely turned her life around. She proved herself as a competitor and more importantly, proved to herself that anything is possible.

"I was just amazed with her willpower," said Miranda Salvo, who took the District 3-AA title for Palmyra this season. "She has a great work ethic and is just a great person to be around. I think she's grown in confidence, too. She's always going 100 percent at practices and races. Her hard work shows."

Eisenhour's journey from freshman to senior year has been one of learning, physical and mental anguish, frustration and relapse.
And finally, triumph.

She never saw this coming four years ago.

"I feel like cross country is the hardest sport in all of high school sports," Eisenhour said. "It sounds like I'm putting cross country on a pedastal, but I do feel like it is one of the hardest sports. When you get through and succeed in a season, you feel like you're on top of the world. When you get through a season knowing you tried your hardest and did your best and got times that weren't terrible at the end, you feel like you could climb Mount Everest."

Her best time of the season was a 28:54, but on a Palmyra squad full of inspirational stories, Eisenhour's just may be the most uplifting of all.

There was nothing fun about middle school for Eisenhour.

She describes herself then as unathletic and overweight.

"I didn't do anything," Eisenhour said. "I was just lazy. I would just try and get through the day."

Simply being seen in public was tough for Eisenhour to deal with. Doing things like going to school or walking around the mall could sometimes be humiliating experiences.

"I just never felt like myself, I was always embarrassed about my weight," Eisenhour said. "Just being in social situations was so embarrassing for me."

Eisenhour's life changed forever at a pool party in the summer leading up to her freshman year of high school.

The turning point -- when she required assistance entering the swimming pool.

After chattering amongst themselves, Eisenhour's family members eventually approached her. Eisenhour called it an intervention that was necessary.

"My grandma, aunt and family just looked at me and said 'Kelsey, you really need to change yourself,'" Eisenhour said. "They laid it all out on the table. I kind of just picked it up. I was willing to give it a try.

"I wasn't even considering losing 150 pounds. I was just considering five or 10 and it just kind of kept going."

Eisenhour says that a transformation like hers is not possible without a great support system.

For Eisenhour, that support system was her aunt, Jamie Blauch.

"She was every health professional in one for me. She was my trainer, my nutritionist and my weight loss guru all in one," Eisenhour said. "I've gone to her and cried and cried and cried before. She's also my guidance counselor and therapist."

She describes her aunt as a workout nut, someone who can run six miles, do the Insanity workout video and then run another five.

Eisenhour admits she was a little intimidated by her aunt at first. But the workouts given to her were perfectly tailored for her needs.

"She pushed me of course, but she was also the person who saw my limits," Eisenhour said. "She found my limits and pushed them a little bit, but never went outside the limits."

Progress didn't come overnight, but rather in slow, painful increments. By the spring of her freshman year, Eisenhour discovered her favorite way to work out.

It took a bit of persuasion, but Eisenhour was eventually out running. She said running was "torturous" at first, but gradually got better. It eventually turned into something she looked forward to.

"I started running by myself for awhile and it became a kind of meditation for me," Eisenhour said. "I got a natural high from it. It made me happy, especially when I saw results on the scale. It just made everything better for me."

The following year, she lost 40 more.

Eisenhour's life was changing fast, not only with her physical appearance, but her confidence as well.

"I've met fantastic people in my life that I wouldn't have had the guts to talk to before," Eisenhour said. "I put myself out there and it's because I'm feeling better and feeling different. I'm more confident and hold myself differently now. People notice that." 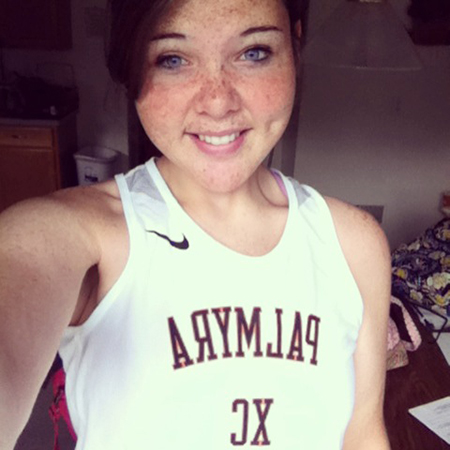 Eisenhour said she was so scared that she was shaking.

"This was my first sport since first grade. It was so nerve-wracking," Eisenhour said. "So then I went out to one of the most intimidating people in my life and said, 'Hi, I'm interested in cross country.' And coach Barb just asked me for my name, phone number and email and gave me a schedule."

Even though she felt out of place at first, Eisenhour attended the non-mandatory cross country workouts in the summer. It was painful, but Eisenhour kept showing up.

"When I started going, it was absolutely terrible. It was absolute hell," Eisenhour said. "But I don't regret anything. It was miserable, but at the same time I loved everyone and coach Barb was the most amazing person."

Eisenhour said she felt like an outsider at the beginning, but just kept growing as a runner and continually earned the respect and admiration of her teammates.

"I didn't feel like I belonged for the first few months. It was a little scary, but then I started getting better and getting good times and they were telling me how good I was getting," Eisenhour said. "Cross country is kind of like a clique. It's not a really bad clique, but it's hard to get into because everyone has known each other for a long time and have been in the sport since middle school. ... It felt good to be recognized by the team and show them that I'm not just here to say that I'm on the cross country team."

Eisenhour loved her first season of cross country so much she decided to also run for Palmyra's track team in the spring, specializing in the 800.

Then came this cross country season, when she earned the opportunity to compete for the Cougars. It may not seem like much to even the average running fan, but doing something like passing a runner or simply just staying in the thick of a race -- those things meant the world to Eisenhour. 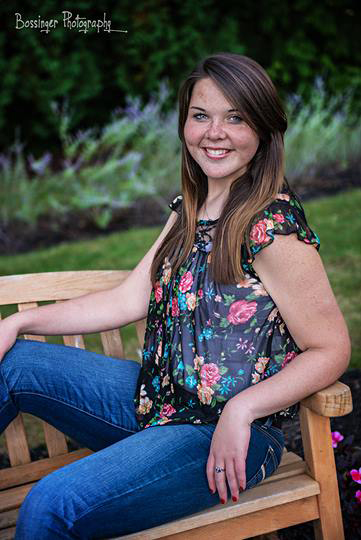 Eisenhour still has plenty of goals that she'd like to meet. Weight loss is harder than ever before, while maintaining the weight already lost is a tough task in itself.

And for most of November, Eisenhour hasn't even had the opportunity to run thanks to a car accident where she suffered a concussion.

But this week, with Thanksgiving rapidly approaching, Eisenhour has something to be thankful for.

"I'm able to start working out this week," Eisenhour said. "It's been hard to keep myself going without getting a headache every two seconds. I'm ready to get back into working out and picking up where I left off."

Eisenhour plans on running even more this winter and also trying something new, swimming.
After that, it's off to her final outdoor track season. Eisenhour just wants to enjoy her senior year before heading to college to become an athletic trainer.

Running and making healthy decisions, she says, will always be a part of her future.

"College will be a challenge. I can't really call my aunt and just tell her to come over and work out with me," Eisenhour said. "I think I'll just need to get into a new groove. I'll have to find my own way."

Eisenhour is hoping her story will inspire others her age with similar challenges.

It's already inspired her teammates and her coach.

"Kelsey had to work very hard," coach Mellinger said. "I think she figured out that it takes more than practice. It takes a dedication to the sport."

Added Salvo, "It sounds cliche, but anything is possible. Nothing is impossible."