Hello all, my name is Ross Wilson and I am a senior from Council Rock North. I just finished up my cross country season in San Diego at the Foot Locker Nationals. It was the end of a very exciting and memorable season for me.

I started my training the first week of June. I did almost all of my summer runs with my teammate, Brian Arita, and good friend, Kyle Francis. I began by running about 40 miles a week and built up to about 70 miles by the beginning of August. My summer was just mainly distance runs in Tyler Park mixed with a little tempo.

The beginning of my season was filled with lots of hard workouts and long distance runs. For the majority of the season I was running two a days, three or four days a week. This ended up paying off towards the end of the season. The most notable race of the regular season was probably the Briarwood Invitational. It was a nice early season test against Kevin James, who ran a fantastic race, and it showed to me that my summer miles paid off. By the time Leagues rolled around, I was very confident and ready to race. 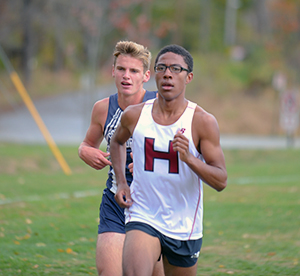 Leagues went well, but, unfortunately, districts didn’t go quite as well as I had hoped. I was really hoping to run sub 15:10 or maybe even sub 15:05, but it just wasn’t in the cards for me that day. It was a great race by Tony and showed just what kind of shape he was in.

States was the next week and I went into the race as motivated as ever. Since coming in second at 3200 meter outdoor state championship, I couldn’t wait for the cross country state championship. I wanted a chance to redeem myself. 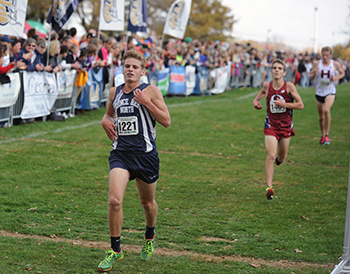 However, even if I had had my best race at State’s, it probably wouldn’t have been good enough to be Tony. He proved once again that he is not only the best runner in the state, but one of the best in country. I was content with a 3rd place finish, but it still left me hungry for the indoor and outdoor season. 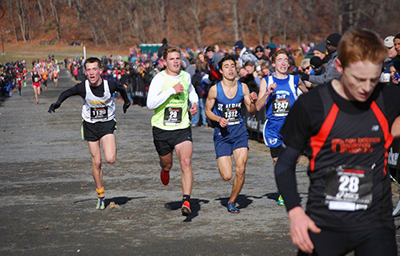 Thankfully because I felt like I still had more to prove after the state meet, I trained very hard leading up to Foot Locker Regionals and ran with a bit of a chip on my shoulder. Coach Marrington proved why he is the best coach in the state again, by preparing me very well for the race. I ran a pretty good race and managed to just sneak into 10th place by .3 of a second. (Note to all runners: never put your arms up at the line no matter how excited you are. You look like a chump...especially when you do it coming in 10th.)

I got to San Diego on Thursday, December 11th. When I got off the plane it was just a little warmer than it was when I got on the plane. I think it was 12 degrees in Philly and about 68 degrees in San Diego. Not a bad trade. I think at one point I contemplated “accidentally” losing my return flight boarding pass just so I could stay in California.

Anyways, that Thursday we got to the hotel and received all of the awesome Asics gear that they give us. From there, I met my roommate, Aaron Templeton, then the whole group went for a distance run along the beach.

The next day, we had a chance to jog the course. It was a pretty surreal feeling just jogging the course, as for years I had always dreamed of making it to National's. I still wasn’t too nervous, to this point, because I didn’t come in with too many expectations for myself. Although, the closer the race got, the more the nerves started to set in. A lot of the guys were pretty quiet Friday night. Everyone seemed to be pretty focused and thinking about what their race strategy was going to be the next day. 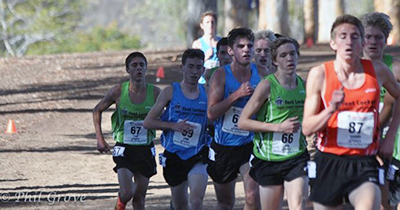 Finally,  Saturday morning came and it felt like every other race morning for me. I had my usual bagel with butter, however, I must admit, it was hard to resist the never ending supply of bacon and waffles.

We left for the course at 7:30 and by this point I was pretty locked in and ready for the race. My strategy was to stay relaxed and calm for the first mile and work up from there. My goal was to be top 25 and I thought if I ran a good race it would be achievable. With about 800 to go I found myself in 23rd and unfortunately lost 3 spots in the last 500 meters or so.

Nevertheless, I was thrilled with a 26th place finish. I wish I could’ve been a little more aggressive in the middle of the race, but I’m not going to dwell over it. I did win one thing that day, however. That was the amount of ice cream I ate. I lost track of how many bowls I had somewhere around six. The rest of the night everyone was much more laid back than they were before the race. We had a banquet ending around 10:30, then the rest of the night we could do what we wanted. Many people had to leave the hotel around 4 A.M so not too many people went to bed that night.

Overall, Foot Locker was one of the best experiences of my life. You’re treated like a King from the second you get there until you leave. To me, it was the icing on the cake for my high school cross country career. It was an absolutely unbelievable and surreal experience that I will take with me for the rest of my life.

I would like to thank my parents, my brother, Gabe, my sister, Caitlin, my coach, Dave Marrington and my long time basketball coach, Steve Flynn. None of this could’ve been done without you guys. Bring on the track season!!

P.S The key to summer training is doing bicep curls 4-5 days a week.