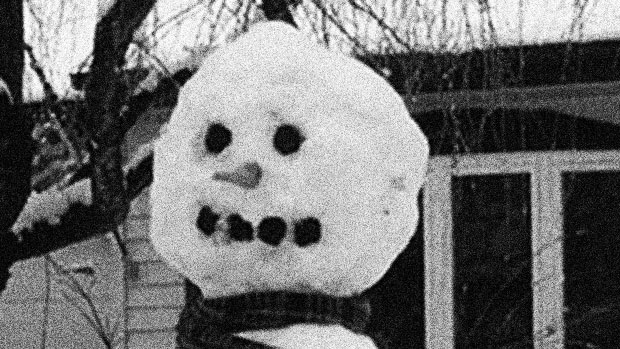 With less than four weeks remaining before the PTFCA indoor state championship, Pennsylvania athletes are now crunched for time to achieve their qualifying marks.  However, Western PA athletes are experiencing the worst of it, for this particular indoor season has been packed with meet cancellations and sub-zero temperatures that have forced them to alter their training and racing plans.

The TSTCA meet series hosted by Edinboro University typically accounts for a substantial number of racing opportunities for Western PA track and field athletes—but not this season.  Lack of proper heat in the Edinboro dome led to the cancellation of the first two meets of the series this season.  In cases like this, what do you do?  Some teams and individuals improvised by entering meets in neighboring areas and states, but many did not have this luxury.  Many athletes made their season debuts at the first TSTCA meet on the first of February.

Although this winter’s polar vortex pushed training to treadmills and school hallways, it is evident that it is all paying off.

Sophomore Madeleine Davison of North Allegheny made her indoor debut in the women’s 3000m run at Edinboro University this past Saturday evening, ready to make a statement that the weather has got nothing on her.  Davison won in a stacked race with a convincing PA#5  10:20.33, roughly equivalent to her outdoor 3200m PR.  Davison comments, “This winter has been the coldest I’ve experienced here as a runner, but I’ve managed to keep up my training without too many issues.”  While she wishes she could have had the opportunity to fit in different races such as the mile and 800m, Davison takes a positive position on the early-season TSTCA cancellations, saying that the extra time allowed her to fit in more quality training.

Another female runner that hasn’t let the unfortunate circumstances stop her is senior Gina Alm of Hampton.  Alm also made her indoor debut last Saturday, hanging onto sophomore Kelsey Potts of Mount Lebanon to just miss her by less than a second in the women’s mile run at Edinboro University, running a PA#8  5:12.17.  Although Alm had no issue snagging a state-qualifying time, she is disappointed that her first racing opportunity was the beginning of February.  Alm says, “Because I haven’t done any real track work yet, I felt a little unprepared during those fast races on the 1st [of February]…I plan to develop my speed over the next few weeks to prepare myself to hopefully run some fast times.”

Now that the rust is off, these athletes are more eager than ever to compete well, run fast, and make their short indoor seasons worth it.  Alm adds, “There were certainly days when my teammates and I felt like turning around after the first mile of battling harsh wind and snow, but we knew that everyone in PA was facing those same conditions and if we wanted to compete to win, we’d have to push through.”  While the preparation has been filled with frustration and disappointment pertaining to nasty weather and lack of racing opportunities, one fact holds true: the determination all pays off.

Get ready for a FAST February!  Good luck to all Pennsylvania athletes in obtaining state-qualifying marks and achieving season goals!