BOSTON--Tony Russell realized the first part of his vision for the 2014 indoor season on the biggest of stages. 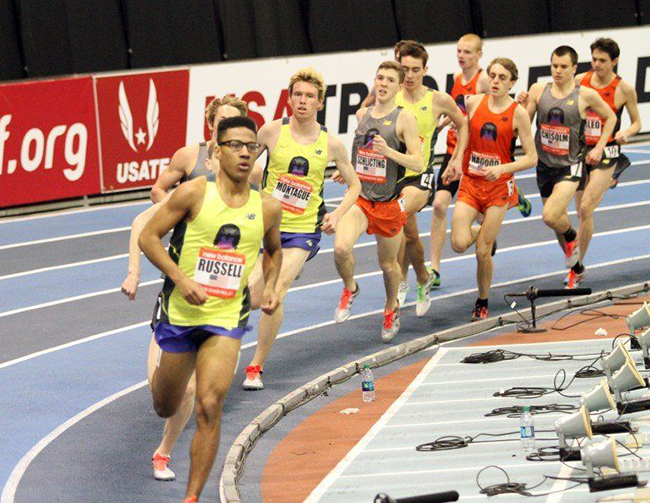 The West Chester Henderson standout clocked a blistering, nation-leading, 4:11.56 at the New Balance Grand Prix in taking a significant victory at the Reggie Lewis Center in the talent-laden Junior Boys Mile.

For Russell however, the final arbiter for what would be considered a highly successful undercover campaign, comes at the upcoming Millrose Games/New Balance Mile run. “Since I’m going to Millrose next weekend, my goal here was to race for a good time,’ said Russell after the win. “Next week’s plan is to race more tactically and race for the win.”

Like Russell, Marissa Sheva of Pennridge hit the surface at the sold out RLC striving for a springboard for the New York affair as well. Sheva battled Rhode Island’s Maddy Berkson till the final moments in the Girls Junior Mile, finishing second in 4:56.81. Berkson, working from the front of the bunch from the gun, registered a 4:56.0. 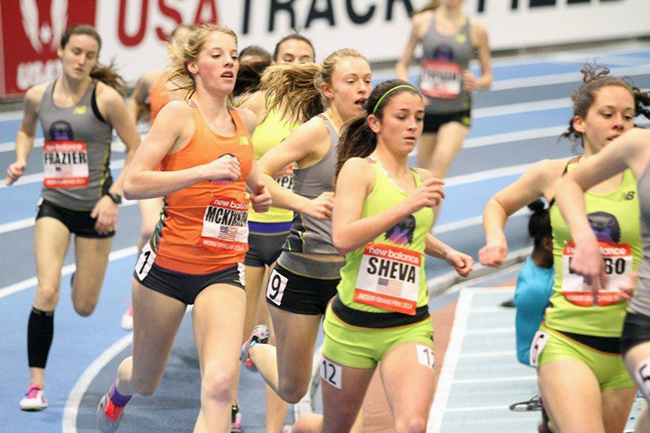 “I was really excited to get the invitation to come to the Grand Prix,’ said Sheva. “It was really a no-brainer for me because last year I did Millrose and I wanted to go back and improve my performance. Getting an invitation from here actually plays into my training.

Through the opening 400 meters; run in a somewhat conservative 64.0 seconds, Russell latched on to the outside shoulder of Canadian native Charles Cooper, who was more than willing to work from the front.

Russell moved past Cooper, moments later, accelerating off the apex of the banked curve, working his way into first. But the Canadian, intent on making a decisive move from the front, returned the favor with 300 meters left, and took Massachusetts Gabe Montague with him knocking Russell back to a narrow third. Russell‘s position was brief, as he iced the win with a surge on the back stretch, powering ahead of the pair and opening a five meter advantage to the line.


“I’m really happy and confident going into Millrose,” said Russell, projecting forward. ‘I’m not really concerned with the time for Millrose. I feel like I've taken care of getting the good times’ out of the way, anytime that results in a win is what I’m looking for.”


In regard to the mindset of taking on both prestigious races on the indoor schedule, consecutively, Russell said, "You have to be really focused,” If I had a bad race today, I’d have to forget about it and believe that I’d have a better one (at Millrose). Even though I had a good one today, that certainly doesn't mean I’m going to have a really good one this week. The key for me is refocusing this week.”


Berkson ran 2:29 through the 800m mark, with New Hampshire’s Hannah Parker and Sheva in close proximity.

Sheva echoed Russell’s sentiments in her approach for the quickly approaching Millrose get together, “I would have liked to have won today, because I always race to win every time,,” Sheva said. “I’m hoping it’s (Millrose) faster, and if I can be the fastest on that day, I’ll be more than happy with the win.”