Ten days after leading her Unionville cross country team to a 17th place finish at the NXN Cross Country Finals in Portland, Oregon, Olivia Young led her team for the final time in the 2014 calendar year on the track at The Hill School Invitational on Wednesday night. She started the night as the 2nd leg (2:23) of the team’s 4x800 meter relay that ran a US#1 9:27.52. She finished off the night with a solo victory in the 3000 meter run in a US#2 time of 10:17.36. A perfect end to a big 2014 year for Young! 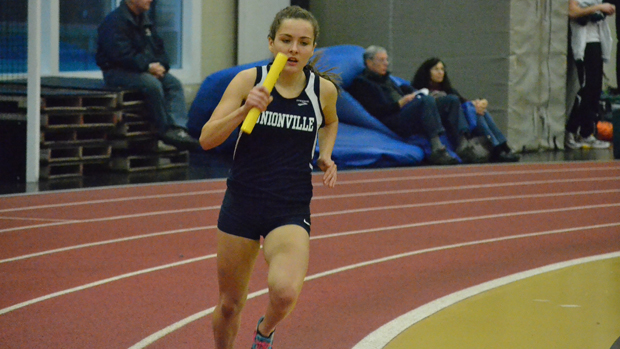 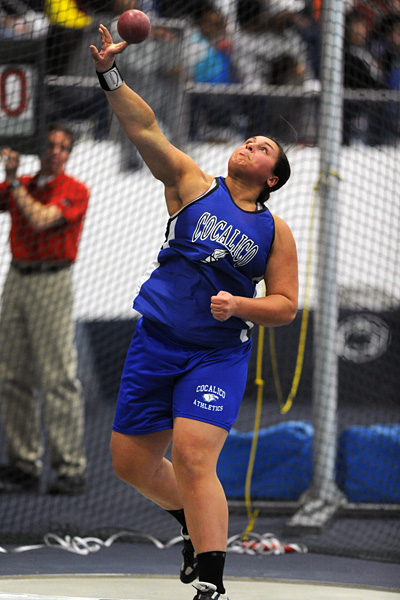 Emily Stauffer of Cocalico had her 2013-14 season cut short due to surgery on her throwing arm, taking away the chance for her to defend her 2013 indoor state championship in the shot put. But the junior made a big splash in her return to the indoor shot put circle, throwing a US#2 4-11.50 on Friday night at Kutztown’s Maroon and Gold Invitational. The mark is lifetime best, and is 7.5 inches better than her best last season before she got hurt. Welcome back Emily!

Sam Ritz of Germantown Academy ran his 2nd US#1 time in a 3 week period on Saturday at the Bishop Loughlin Games in New York City on Saturday. His winning performance of 2:28.81 in the 1000 meters came two weeks after running 4:14.79 in the mile on December 6th at the Villanova Jack Pyrah Invitational. In 2013, his older brother Ben finished the season as PA#1 in the mile. At this rate, Sam may achieve the same feat! 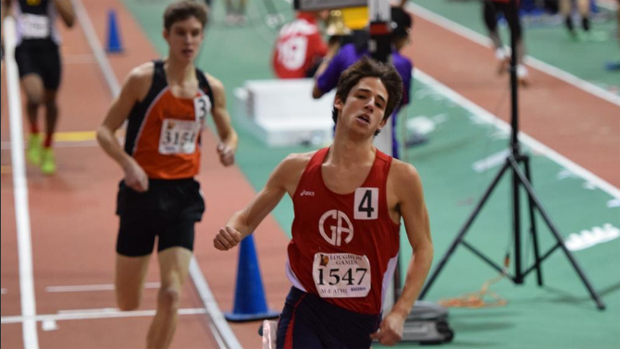 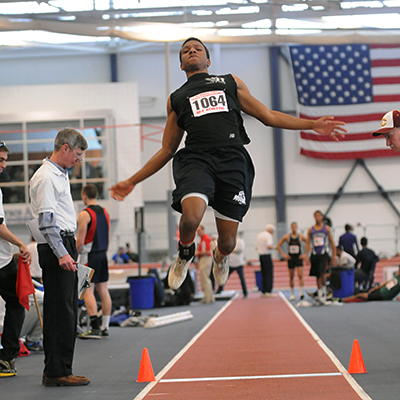 Isaiah Brooks of Woodland Hills entered the 2015 indoor season as the defending indoor long jump champion. On his debut, he reminded everyone of that and then some. The senior missed his indoor personal best by just 2 inches in his first appearance of the season, jumping a US#1 23-6 to win the long jump at the first State College Invitational meet of the season. Catch the champion if you can!