If fans have never had the opportunity to see Knoch sophomore Jordan Geist compete in the shot put, then you must take advantage of the most must see athlete that the state meet will have to offer! The sophomore is ranked US#2 in the event with a PA#2 all-time mark of 66-0.75, which he achieved on February 14. His best mark is nearly 12 feet better than the rest of the field. Victory will be certain for the sophomore. The question will become how much can he close the gap on the state record 68-11.25 set 10 years ago by World Champion Ryan Whiting of Central Dauphin? 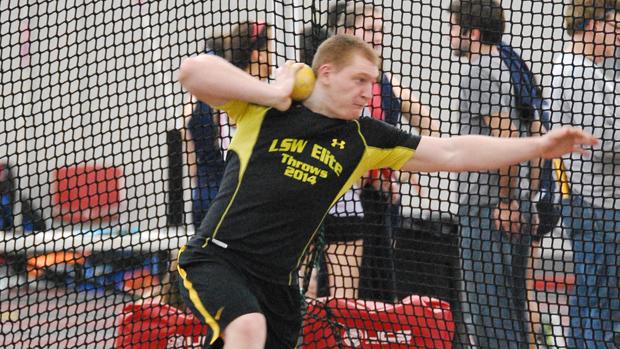 As for the chase pack, the battle for 2nd and 3 rd will be close. Lawson Monta of Greensburg Salem is close to 55 feet, but hasn't reached that in over two months, and hasn't broken 50 feet in his last two appearances. Evan Blaire of Hickory and Joey Mundell of Schuylkill Valley are 54 foot plus throwers and are finding their best form at the right time. Blaire has thrown over 54 feet in the past two meets, while Mundell did it for the first time in his last appearance. Milton Jones of Glen Mills and Kieran Moore of Upper Dublin are coming off seasonal best performances in their head to head battle this past Saturday. They will be the best the Eastern part of the state will present to the circle this Sunday.


Competitors in the long jump have struggled to find their best form heading into the state meet. The top four in the state have been in those positions since the 8 th of January. Places 5-10 have all been set from January 16 to this past Saturday.

The state champion Isaiah Brooks of Woodland Hills is back to defend his title. After a blistering start to the season with time spent in the US#1 position, Brooks has been inconsistent in victory. Since clearing 23-6 on December 18, Brooks had back to back 23 foot jumps in late January and early February, only to finish the regular season with a 21-4 mark at the TSTCA champs. In an event where upsets are routine, finding top form will be key for the champion. 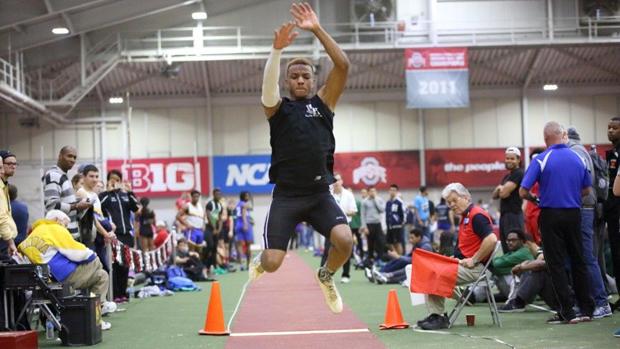 The same can be said for Saahir Bethea of Cheltenham. Like last season, Bethea set his seasonal best mark before Christmas. This season, however, injury has prevented him from improving that mark, missing most of January to recover. He's back on the runway and recently won the TFCAofGP Meet of Champs with a mark of 22-1, two inches off his 5 th place 22-3 at states a year ago. Will the time off be a blessing in disguise for his state chances, considering he has the ability and the marks to challenge Brooks head to head?

Kellin Valentine of State College has arguably been the most consistent out of the top three jumpers this season. In four appearances, Valentine has his seasonal best 23-1.50 from January 8, and has 22 foot plus marks in his other three appearances, losing to Brooks in one of them. 23 foot territory is a first for Valentine, which could mean repeating that feat may be tough with the heavy spotlights on him. But if you combine the home track advantage and the desire to make up for a 10 th place finish at states last year, he may be able to surprise the top two.

In the chase pack behind the top three looking for the upset, Isa Paschall of Carlisle could be the guy to do it. Paschall started the season on a high, jumping an indoor best 22-7.50, but struggled at the PTFCA Carnival with a 3 rd place 21-6.50. Dashaun Jackson of Harrisburg was the victor at the Carnival, and will have plenty of momentum after winning again Thursday at State College with a 21-3 mark.

Upsets are the norm at states in the long jump, which always makes this event something to keep an eye on throughout the early part of the meet.


The triple jump is a test of endurance for the jumpers, especially those who are doubling. It starts late in the day and with the waiting around and the anticipation, it could be tough to get the legs moving.

The triple jump would appear to look like a slam dunk for Brooks, as his US#7 48-7 mark from February 7 is nearly two feet better than the field. Erratic could also describe his triple jump form, with 44 foot performances book ending three 45 foot plus jumps, highlighted by that 48-7. Like the long jump, Brooks hasn't been defeated this season.

Chasing Brooks will be a pair of Inter-Ac jumpers. Reggie Harris of the Haverford School and Sam Pope of Episcopal Academy have been in good form this season. Neither jumper has finished worse than 3 rd in the event, and both jumpers are at or near their best form of the season entering Sunday's state meet. Pope has a PA#2 46-10.50 from February 7 th, however, he is coming off a defeat to Harris this past weekend at the TFCAofGP Meet of Champions, with Harris hitting his season best 45-9.25.

Also at 45-9.25 is Paschall, who has proven to be a better triple jumper than long jumper in his career. The senior has only competed twice, but he has won both times. He was also 4 th in this event last season at states, so he has plenty of experience on this stage.


The defending champion in the high jump and pole vault is back to defend his championship in both events. 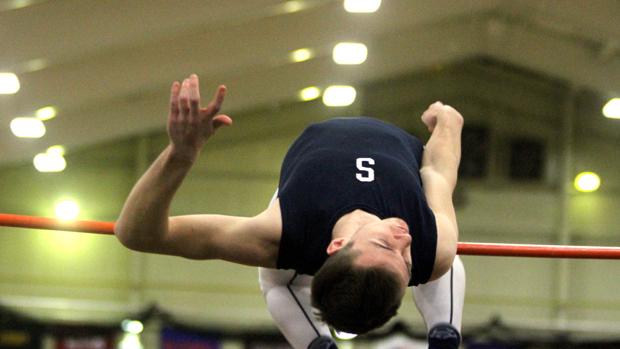 Although the high jump competition may be limited, his task to retain the pole vault championship will be very tough thanks to a trio of strong competitors.

Ryan Wilkes of Valley View won the Burdette Classic while Stone earned a No Height will competing under the weather. Two weeks later, Wilkes wins the Hispanic Games with a clearance of 16 feet, putting him at the top of the state list. In his last appearance, Wilkes cleared 15-5 at the Millrose Games to beat Stone once again. In six appearances, Wilkes has cleared 15 feet or better four times. 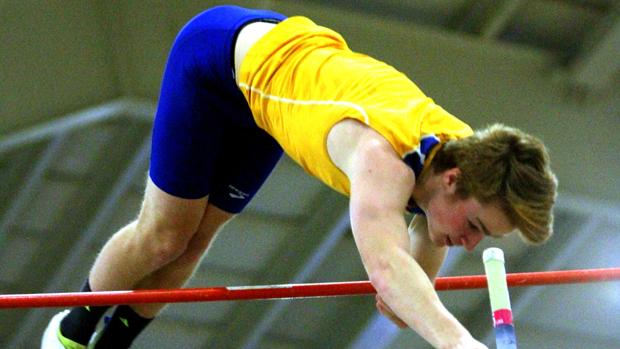 Another contender who has been on a roll this season is sophomore Hayden Fox of Hempfield (7). As a 9 th grader, Fox had an outdoor best of 13-9 and didn't qualify for a state championship. This season, he has emerged as one of the top vaulters in the state with a series of spectacular performances. His last six appearances read like this: 14-3, 14-9, 14-9, 15-1, 15-3, 14-4. That's a strong run for a vaulter of any grade level or ability. Now that he enters his first state championship meet, the way he manages the big stage will determine his success on Saturday morning.

Caleb Sanford of McDowell has been on a similar run of form as Fox, except he hasn't managed to defeat Fox this season. Sanford has four straight meets of 14 foot plus clearances, including a season best 14-9 in a runner up effort at TSTCA #3. This will be Sanford's first indoor state meet appearance, but his streak of form will give him a chance should anyone slip.


As far as high jump contenders to Stone's championship, Chris Petraskie of Shamokin Area cleared 6-5 in his last appearance last month at the Susquehanna High School Invite. This will be his first indoor state meet appearance.

6-4 jumpers Alex McCord of Warwick, Shayquan Weedon of Harrisburg, and Scott Schlegel of Emmaus haven't hit those heights since mid January, and will need to hit top form to challenge the champion. McCord was the runner up states last season and he has an equal indoor personal best as Stone, making him arguably the best challenger to Stone's championship based on reputation.