With John Lewis of Cheltenham deciding to skip his state title defense in the 400 meter dash to try and win the 800 meter run, fans will now have perhaps the biggest race on the boys side to look forward to.

We all can look back to the Marine Corps Meet in New York on December 29, which saw Lewis take on Sam Ritz of Germantown Academy in the 800. After Lewis blitzed a fast 55 second first 400, Ritz used his endurance background to come from behind and edge out Lewis for the win and the US#1 spot. Both runners broke 1:53 (1:52.81 to 1:52.88) and have held their place in the US top five ever since. 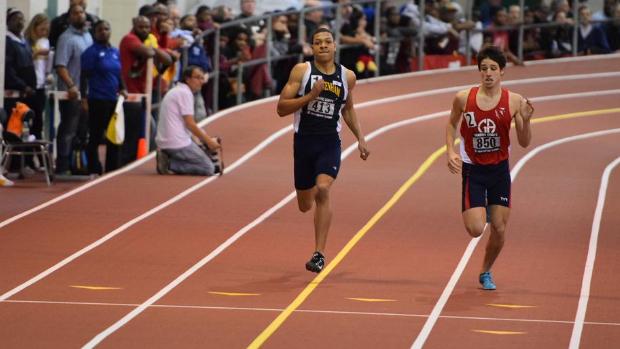 In the time since that race, Lewis split a 1:51 800 meter leg on the Cheltenham state record sprint medley relay. Also, a new contender emerged in the form of Elias Graca of Fox Chapel. Graca ran indoor track for the very first time this season and the 1:53 outdoor runner picked up the indoor game quickly. In his first three appearances, Graca broke two minutes twice, winning all three, including the SPIRE Showcase in a then US#4 1:53.13. A stumble last week at the TSTCA Meet of Champs will hopefully be just a blip before Sunday's race.

Alek Sauer of Pennsbury got off to a flying start in the 800, running 1:56 at the Burdette Classic, and then he split 1:52.61 on Pennsbury's 7:52 4x800 meter relay team a few weeks later. He ran a season open best 1:55.70 in his runner up finish at the TFCAofGP Meet of Champions, but his 1:52 split has made him a major player in this event. Sauer has only failed to break 2 minutes just twice in his entire high school career (17 appearances).

Dylan Eddinger of Boyerton has broken 2 minutes in three straight appearances, including a lifetime best 1:56.61 last month. Brad Foust of Altoona shattered his personal best 800 meter time by nearly 3 seconds with a 1:56.5 at the State College meet last week. This will be 2nd state 800 meter race of his career. Khai Samuels of Pleasant Valley has two sub 2 minute performances this season, both in New York. Brian Hackman of St Joseph's Catholic Academy is coming off his first ever sub 2 minute performance.

Lewis will be fresh for the 800, while Ritz will look to put the icing on the cake in the mile run.

Ritz has been nothing short of sensational this season. In five appearances, Ritz's slowest time is 4:16.69 to win the Millrose Games Trials. Prior to that, Ritz ran 4:14 twice. Then at Boston's New Balance Grand Prix, he broke the state record with a 5th place 4:10.50! Ritz has been consistent all season long, and the gold medal will be a fitting end to a spectacular run.

But out to spoil the crowing of the state record holder will be a chase pack more than ten seconds behind Ritz, but full of championship pedigree. Kevin James of Cardinal O'Hara has been so close yet so far to achieving any state gold in any season. James ran a PA#2 4:21.16 at the PCL Indoor Meet. James has yet to break 4:20 indoors, but James has a number of top five finishes in state competitions, making him a threat to the title.

Jake Brophy of Central Bucks East has already won one state gold medal this year back during cross country, so he will not be phased by the big spotlight. He has found his top form after a long layoff after cross country, running a lifetime best 4:21.80 two weeks ago. His speed will certainly be tested in this race. With his calling card being the longer races, will he keep pace when the speed goes up a gear? 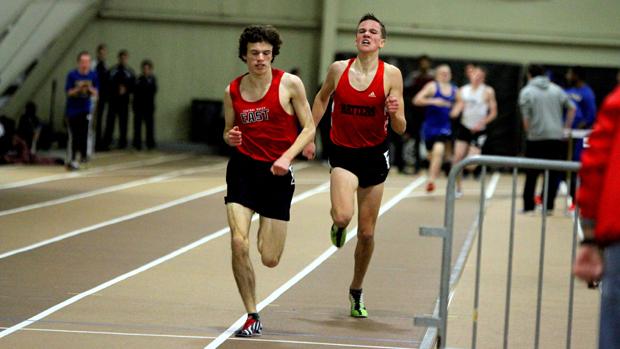 Sam Webb of Pennsbury is coming off a TFCAofGP Meet of Champions victory last weekend and will have a lot of momentum entering the race. He has been in the 4:20 range in all three appearances this season. Eric Diestelow of West Chester East, Mike Kolor of Seneca Valley, and Julian Degroot-Lutzner of Masterman have been consistent in their performances this season. This race will be their opportunity to have the race of their careers.

The 3000 meter run will feature a list of star distance runners that were big time players during the cross country season.

AA cross country champion Dominic Hockenbury of Lake Lehman is the state's top ranked 3000 meter runner, running 8:38.39 at the Yale Invite in January. He was also victorious against the likes of Colin Abert of Easton and Paul Power of Spring Ford at the PTFCA Indoor Carnival. Unbeaten against PA competition this winter, can he win gold in his first indoor state meet appearance? 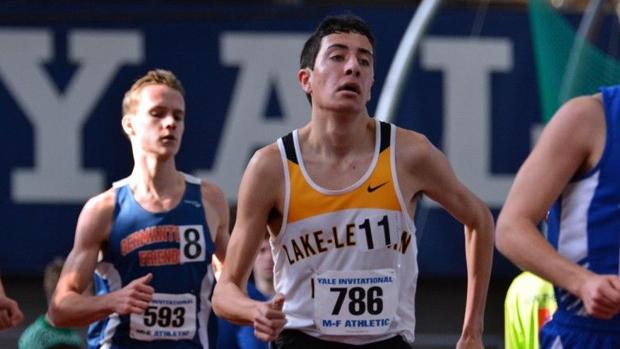 The North Allegheny combination of Matt McGoey and Hunter Wharrey will also enter the 3000. The duo led their school to a state title in the fall, and will look to team up to earn a high place in this race. McGoey won the TSTCA Meet of Champs in 8:46.36 and has broken 8:55 in each of his last four appearances. Wharrey has done it in his last two appearance, peaking at 8:50.24 this season. Having a teammate always helps, and they will look to make the most of that advantage.

Casey Comber of Hatboro Horsham will be another favorite in the race after a big end to his fall season and after a couple of big races in February. Like Brophy, Comber took some time off after the Foot Locker Finals, but it took until February for him to get back to form, running 8:48.75 three weeks ago, followed by a 4:22.20 mile the next week. Now on top form, he will battle with the top guys for gold.

Abert and Power ran their best 3000 meter races back and December and have struggled to return to that form since. But you can never count out Abert, who was the best cross country runner for all of cross country barring the state meet, and Power, who set records and was a model of consistency in the fall.

The 4x800 meter relay will have Pennsbury as runaway favorites after a pair of strong performances in the past month. First, they ran a 7:52 with a 1:52 split on the anchor leg. At the Millrose Games, they ran 7:51.51 with two 1:55 legs. Some slight improvements from all 4 legs may make the 7:45.06 state record a possibility.

But should they not find their top gear, look at Penncrest and Lasalle to be the most equipped to challenge for the title. Penncrest returns three of the four legs from last season's team that were in the top five last year. They spent one month of this season in the PA#1 spot and they have broken 8 minutes twice. Lasalle ran 7:58.64 chasing down Penncrest at the Armory Track Invitational, and they have two sub 2 minute open 800 legs on their squad.

Former PA#1 State College will have Alex Milligan leading the way for the defending champions. Central Bucks West will have Rock Fortna leading their charges. Should these teams get under 8 minutes, they will have a chance at a high place when it's over.

Meanwhile, the distance medley relay appears to be anybody's race.

Cardinal O'Hara just soared to the top of the state list after a 20 second victory at the TFCAofGP Meet of Champions. The reigning National Champions will have Kevin James on the anchor leg, who is as tough as they come. Germantown Friends were top of the state briefly, and they will have Nick Dahl leading the way for the Tigers. St Joe's Prep received a nice boost to their chances with John Daly running a big personal best in the 3000 meters last week in winning the TFCAofGP Meet of Champions in 8:58.66. 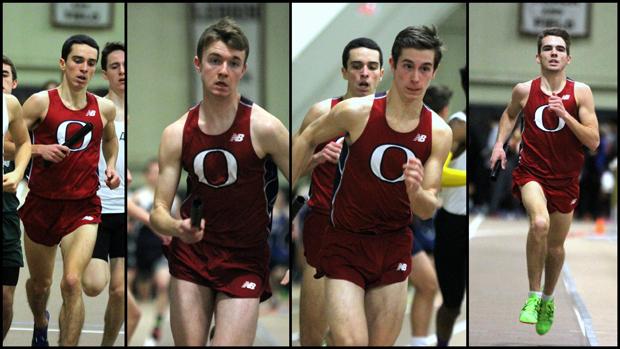 Conestoga have Andrew Marston on their anchor leg and a victory for his team could be his biggest moment in a Conestoga jersey. Malvern Prep will have Billy McDevitt on their squad, and he's been on a roll as of late, with his latest heroics being a win in the TFCAofGP Meet of Champs in the 800.

These teams are separated by less than ten seconds in the event this season. Getting the stick to these star anchors in a good position will be critical in determining the winner.