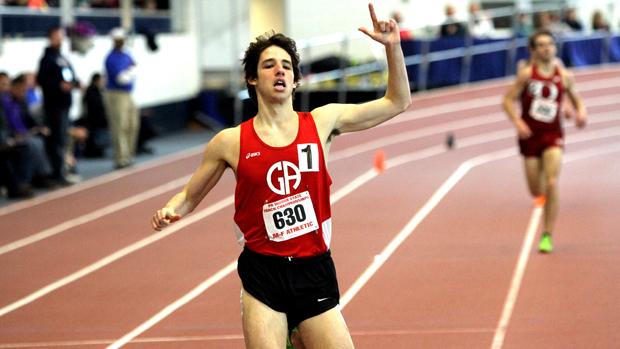 What a day of excitement, drama, and fast performances! Here's a quick rundown of what took place at the PTFCA Indoor State Championships

Cheltenham boys and girls won both team titles and combined to win 10 events on the day.John Lewis of Cheltenham set a new US#1 time in the 800 meter run (1:50.57)!

Gabrielle Wilkinson of Friends Central and Sarah Walker of Germantown Friends had the race of the day, with Wilkinson winning the 800 meter run by .006 seconds over Walker. Both athletes recorded 2:09.56 performances!

Brianna Schwartz is out of Sunday's state meet

Cheltenham meet expectations and then some

Stauffer's journey back to the top complete

Splits: If you'd like to add your's for any event, email Lex

Newspaper Coverage from across PA (email Lex with your link)