BLOOMSBURG -- The conditions at Bloomsburg University's Northeast Invitational -- otherwise known as the District 4 dress rehearsal run -- were anything but conducive to good performances. It was raw, it was rainy and it was windy.

But none of that seemed to matter to Jersey Shore sophomore Isaac Davis as he defied the nasty weather to make a statement and establish himself as the runner to beat when the district championships take place on the same course October 29. Mackenzie Jones won the girls race (19:25.4) leading Danville to the girls team title. 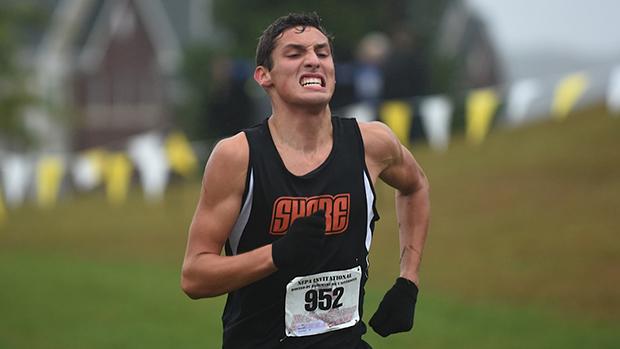 Looking at the conditions the Bulldogs runner wasn't quite sure how the day was going to play out but the results in the prior race had been promising.

"Coach came up to me and said that all our girl teammates were PRing and I was like, 'OK, I think I can PR.'"

He did it by going out strong and never letting up.

It didn't hurt that Mifflinburg's Quincy Amabile was in the field -- a runner that Davis lost to at a recent dual meet.

"I ran against him before at our home course and he beat me by three seconds," said Davis. "My game plan was to go out with him or faster than him and push harder than him."

Amabile, who still has the fastest time in the district this year (16:24.49), took Saturday's race in stride.

"I'm still thankful for how it went," said the Wildcats senior. "The time was one of my slowest on the season but I'm still happy with it, especially on today against good competition."

The top District 4 team Saturday was Lewisburg, a good place to be in the district's AA boys field where only the top team and next five best runners advance to the PIAA championships.

The District 4 AA girls are in the same predicament as the boys despite PIAA listing 16 AA girls teams (which according to the governing body's formula should guarantee that two teams and 10 individuals advance to states.)

Regardless, Jones and Danville showed Saturday why they are almost a lock for the top individual and only team spot.

Jones, who took third at states last year, started off by trying to ignore Saturday's conditions. 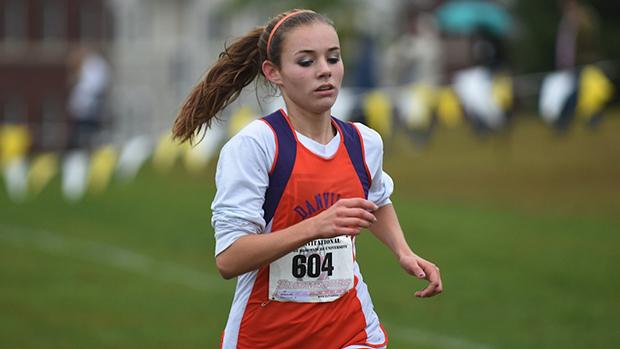 And she doesn't necessarily expect districts to be better weather-wise.

"It's always cold and windy up here (for districts).

"I don't want to say it's a weakness of mine but nobody really wants to run in it. No one runs that well in the wind.

"That I was able to have a practice run for districts and see that I could have a good strong time, I think it really gives a lot of confidence to us and our whole team."

"We had a really great meet," said Danville coach Jeff Brandt. "Mackenzie is setting a good lead pace for us but what I'm real pleased with is second through seventh. Real pleased with what we're doing there.

"We definitely come up here to run this course because it's our district course. I think running a course ahead of time is important."

Mifflinburg's Audrey Macpherson, working her way back from an iron deficiency, came in second with a PR (20:07.9) 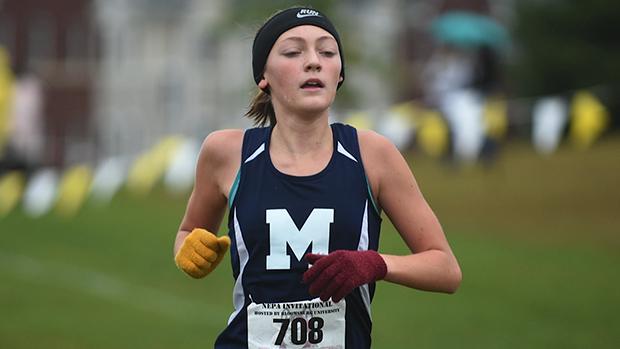 "It was pretty messy, there were quite a few puddles that we had to run through," said the Wildcats sophomore.

"Honestly (I had to) just to get out hard because it's a pretty small opening (at the beginning) and hold on as long as I could."

Teammate Jillian Miller took third and with two of its top-five runners absent Mifflinburg took third in the team competition. Lewisburg, a team that was missing its No. 1, took second.

Mifflinburg coach Jeremiah Allen wishes PIAA would honor its 16-team rule so that Lewisburg and Mifflinburg could fight it out for another state spot.

"I would say that our three teams are conservatively top-15 in the state," said Allen. "We went down to District 3 (Ben Blosser) and beat everyone but Donegal.