The state champions North Allegheny have managed to put up a strong title defense thus far despite a large exodus of graduates from the championship winning side. Qualification for states and an official title defense seem very likely for a team that has only lost one meet by just one point. But securing a repeat district title will be the tough task they will look to achieve. 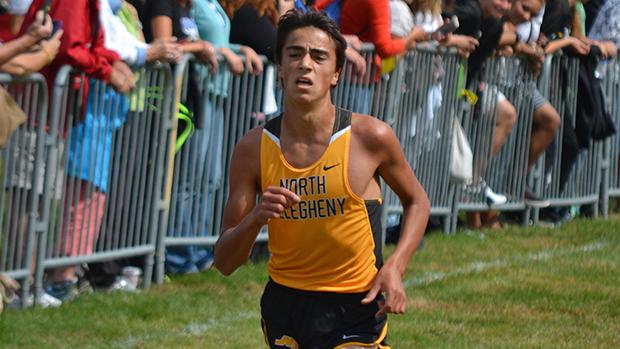 Mount Lebanon has been consistent this season with several top three finishes boosted by a top three of Ian Harris, Todd Gunzenhauser, and Josh Kalapos. They have yet to defeat North Allegheny, but have done well at Slippery Rock and The Legends Meet in Ohio. Norwin is the other strong contender to the North Allegheny dominance. They will be led by Matt O'Neill, who has done well in his first cross country season. The sophomore has three top five finishes. His team were victorious in all three meets. An improved performance from their 5th runner will give them the boost their top four needs for a title push.

Individual glory is set to go to Nick Wolk of Peters Township, who has made a strong case for breakthrough runner of the year. Wolk has four invitational victories, three of them were under 16 minutes. The only runner to defeat Wolk is state champion Jake Brophy at the Foundation Invite on September 26. Mike Kolor of Seneca Valley won the Tri State race last week and will contend for more gold on Thursday. Marc Migliozzi of North Allegheny will look to make it five top four finishes this season and a first career sub 16. Mark Provenzo of Franklin Regional will look to prove that his Westmoreland County performance was not a one off.

Four state qualifying berths will be at stake for the AA squads on Thursday. Five teams are strong contenders for four qualifying spots, meaning a top team in the district will miss the state meet.

Quaker Valley will toe the line with individual favorite Zach Skolnekovic leading the charge. He has two victories and a 2nd place mark to his name this season and has come very close to sub 16. Can he get enough support from his teammates to return to the state meet?

Derry Area will have the best 1-5 grouping out of the contending squads, giving them every chance of winning the title. Ryan Nicol will lead their pack aiming for a sub 60 second spread in a packed field. Greensburg Salem can give themselves an edge with a strong score from their front two of Cameron Binda and Frankie King. A score of 20 points or less from those two will be a big boost. South Fayette will be looking to achieve a similar strategy with Sam Snodgrass and Aaron Pfeil. With the teams lacking depth, front running from those teams will be a requirement for them to be successful.

State champions Winchester Thurston will fancy their chances of having a successful district meet. They have a front four that will be very compact and perhaps no match for the rest of the field. Will Loevner is the senior of the group that were on the title winning team last season. Our Lady of Sacred Heart missed out on a state berth by 9 points last season and will do all they can to avoid repeating that tough day. Chris Kocent will lead the charge that will look for a sub 90 second spread in a big race.

Defending champions Sewickley Academy will have the two favorites to go 1-2 in the race in Griffin Mackey and Ben Clouse to boost their chances to return to the state meet at minimum. The depth is not the same from last season, but should be enough to go through. Northgate and Shenango will look to shock one of these contenders for a state spot, while Domenic Peretta of Beaver Falls will look to defend his individual title.