Five teams will be contending for three state qualifying spots on Thursday. Seneca Valley edged out the title by five points over Mount Lebanon last season. Both teams will battle it out for the title again. For Mount Lebanon, Kelsey Potts has found her form at the right time. Potts won the Tri State meet after a late start to the season. The team finished 3rd in that meet. Seneca Valley were victorious on that day thanks to an 89 second spread. On Thursday, Mount Lebanon will hope Potts performs well again with Claire Dougherty and Sadie Saxton providing good support to counter the Seneca Valley pack. 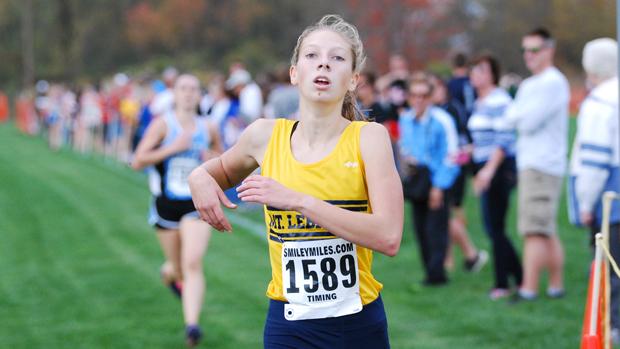 Norwin can put a pack together themselves to break up the two teams. Freshman Courtney Kosanovic will lead the team that could put together a sub 60 second spread and snag the title. Kiski Area and Oakland Catholic will be ready to pounce on any mistakes to punch their own ticket to states. Kiski Area will be led by Megan Aller, while Oakland Catholic will have Lauren Finikiotis leading their charges. Finikiotis has been excellent this season. Can she continue that streak into the biggest meet of the season thus far?

Quaker Valley are set up to win the district title with a strong top three of favorite Lucie Kubinski, Audrey Durbin, and Bearett Tarris. Add AA 1600 meter state champion Hannah Bablak to the mix after debuting in mid October, and Quaker Valley will be top.

Three more teams will contend for the other two state qualifying berths. South Fayette, Indiana Area, and Knoch will look to make it to states. All three teams have had good success, winning at least one invitational each. Mandi Moxie will lead a Knoch squad that has the best pack out of the three teams. South Fayette will have the better top three and will be tough to overcome if they have good performances from numbers 4 and 5. Indiana Area have a good top four that could give their team a huge advantage if their number five can have the best race of the season on Thursday.

Marianne Abdalah will look to make it three district titles in a row, while her Vincentian Academy team will look to win the district title and get to states where they will have an opportunity at achieving something big. They should have three single digit scorers. Laurel will be their biggest team title threat if they can break up Vincentian Academy's 4 and 5 runners. Alison Flier will look to break up Vincentian's top three on her own. Riverview, Neshannock, and Eden Christian Academy are also contenders for state qualifying berths. Eden Christian Academy will be led by Lauren Gronbeck, who has been the 2nd best runner in the district behind Abdalah this season.