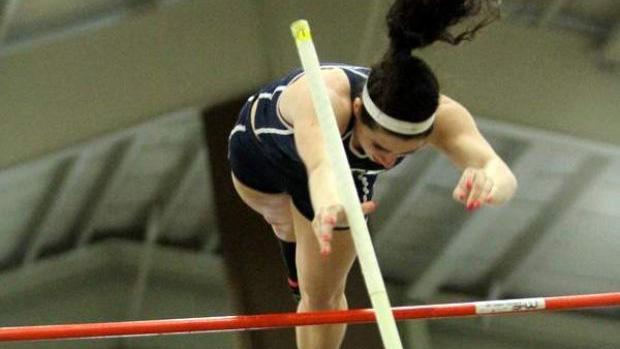 For the girls who competed well at DVGTCA meets this season, we have the Meet of Champions. There's a full schedule of stacked entries fro Friday night at Lehigh. Look out for pictures and videos from PTXC from the meet. Here's what to look out for if you go:

FIELD: The horizontal jumps will feature some of the best jumpers the DVGTCA has to offer: Cheltenham's Madison Langley-Walker, Downingtown East's Evelyn Berecz and Padua (DE)'s Christian Allen. In the triple jump, Langley-Walker is PA#2, while Berecz is PA#4. Then Allen, Langley-Walker, and Berecz will square off in the long jump. Christina Warren of Perkiomen Valley will compete as well in the long and triple.

Council Rock South's Dominique Franco sits at PA#2 on the season. She enters as the strong favorite to MoCs with a 12-4 clearance to her name this season. She'll be one to watch on Friday night as she looks to go beyond that mark, and we'll see if she has it in her to break former Golden Hawk Tory Worthen's meet record of 12-6.

Souderton's Moira O'Malley has had a strong season to this point and she comes in as the favorite in the high jump with Central Bucks South's Valerie Przekop hoping to challenge. Neumann Goretti's Janese Lynch has been unstoppable against eastern PA competition in the shot this season. She's the top seed on Friday, but Garnet Valley's Nina Gambacorta, Strath Haven's Natalie Kent, Lower Merion's Vanessa Poe, and Chelteham's Ashley Alexander make up a strong contingent of throwers behind her.

SPRINTS/HURDLES: Langley-Walker (PA#3) will be the top seed in the 60 hurdles with Warren of Perk Valley and CB East's Leah Kendrick making up a nice field. Chanel Brissett of Cheltenham and Dasia Pressley are in the meet program as the top seeds, but they have Millrose obligations the next day, so it will be seen if they race on Friday. With or without them, it should still be a great race with Pennridge's Kouri Peace, Paul Robeson's Jameela Muhammad, and Penncrest's Alicia Collier, among others competing for the win.

The 200 meter field also features Peace and Collier. Jayana Webb of Norristown, another Millrose entry is also in the field in addition to CB East's Zea Morales. In the 400, North Penn's Uche Nwogwugwu and Penn Wood's Terri Turner will face off. 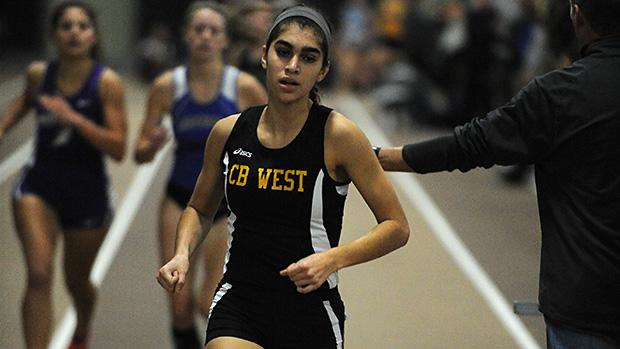 DISTANCE: A few weeks ago North Penn's Mikaela Vlasic and Marple Newtown's Rebecca Ritchie ran down to the wire at a DVGTCA meet. Vlasic won that race by .02. Those two will get a rematch this weekend, but it won't come without company. After that, there's a loaded group of half milers including CB West's Maddie Villalba and Penn Wood's Agnes Mansaray. Mikayla Schneider of Notre Dame, Allison Brunton of Owen J. Roberts and Emily Bracken of Bishop Shananan will make for a very fast race.

Two Pennsbury girls will lead the list of milers. Olivia Sargent of Pennsbury is the top seed and certainly the most well-decorated in the field. She'll be joined by teammate Mary Webb (who ran a very quick 3200 last week at The Armory). It's worth noting the Falcons are entered in the Millrose Games 4x800 the next day, so they may have prior obligations. Keep an eye out for two North Penn runners, Phoebe Clowser and Ariana Gardizy, as well as Ridley's Jamie Green and Cheltenham's MaryGrace Rittler.

In the 3000, Perkiomen Valley's Annie Glodek is the top seed, but she'll find a good amount of challengers like Cardinal O'Hara's Grace Mancini (fresh off a killer triple at PCLs), Pennsbury's Meri Twomey, and Coatesville's Brooke Hutton.

RELAYS: Who will stack what relays? That's the eternal conundrum when it comes to preview writing of relays. But you've read this far, so I suppose you deserve some insight. In the 4x800, North Penn is seeded first, and hasn't entered a DMR, so it's a safe bet the Lady Knights will go after a fast race here. CB West and Villa Joseph Marie also have strong squads that have and will put together a fast race here. In the DMR, Penn Wood and Pennsbury are the top seeds (though they are also entered in the Millrose 4x800 the next day). In that case, keep an eye out for Pennridge and Strath Haven, and possibly CB West. In the 4x200, Cheltenham may not be loading up because they'll be racing the same relay the next day in New York, so that will leave the door open for Methacton, Pennridge, North Penn and Padua in what should be an exciting race for sure. The 4x400 will matchup Norristown with North Penn, Pennridge, and Penn Wood.

Meet begins at 6:30pm with doors to facility opening 30 minutes prior.