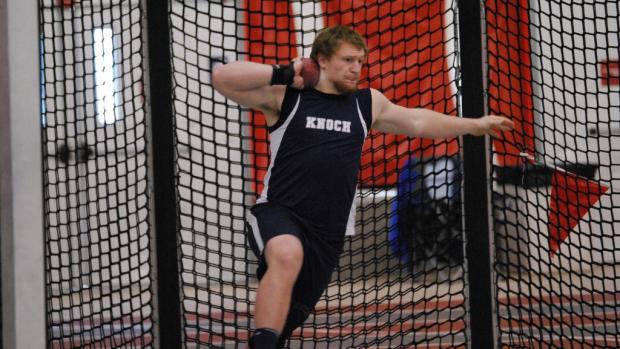 Every fisherman has a story of the "big one" that got away.

Many of the spectators at the Tri-State Coaches championship meet Saturday at Edinboro University now have a tale to tell of the massive heave by Knoch's Jordan Geist that proved to be too good for the junior not to take a fateful second look.

One of the national stars of the 2016 indoor season, Geist upped his national junior class and Pennsylvania state records early in the shot put competition but could not land an even longer effort that almost brought down the house.

"Even today, it felt a little bit off especially when you have a big throw like the last one that I fouled," Geist said of another record-breaking meet that included a trio of throws over 70 feet. "It's awesome knowing that I can consistently throw 72 feet like I have been in the past week, and I just hope I can keep that up."

Geist, who has been top ranked nationally since his debut back in mid-December, was one of four athletes to post state-leading efforts in the final TSTCA meet of the season inside the Zafirovski Sports and Recreation Dome. A handful of other western Pennsylvania standouts also earned spots in the top 10 charts statewide heading into next Sunday's PTFCA finale at Penn State.

After a 65-10 opener, Geist reached out to where few ever have indoors, registering a 70-10 put. His final throw in the second flight brought out the steel tape as the 72-9.5 effort was better than his week-old class record at Hempfield Area.

"It's a really awesome feeling knowing that I can compete at the top level, especially all time with these guys, these big names, these great throwers of all time," said Geist, whose new PR reaffirms his US#3 AT placing as a performer and is the 10th longest single throw ever indoors behind a grouping from record-holder Ryan Crouser and Brent Noon. "It's a special feeling."

Geist returned for the finals with a foul and another 70-footer (70-5) before stepping next to the circle and getting the crowd started with some rhythmic clapping. The right-hander apparently was able to channel some of that energy as he launched the 12-pound ball at a speed and trajectory that immediately attracted the crowd's - and Geist's - attention.

"It was just an incredibly smooth throw with an awesome finish at the end of it," Geist said of his sixth-rounder. "Unfortunately, I just watched it a little too long, and I stepped out the front of the circle."

An unofficial measurement of the foul showed a distance of 74-1, a result that was pleasing to his coaches.

"I don't mind a big foul," club coach Mike Hambrick said. "I've always talked to my athletes (that) if it's a calculated thing where we are in a position where we want to see what we have in the tank, go for it. If you foul, we will figure out how to save it.

"But that one was very savable. That one was a good throw. He just looked at that one the second time, and he stepped out. Now, I'm super, duper excited."

With just the state and national indoor meets remaining on what has been a full schedule, Geist's coaches and family are looking forward to continued success and longer throws.

"The concern I had as a coach and (Jordan's parents) Judy and Jim and all of us that work with him is peaking too early, and the problem is we kind of misjudged his potential," Hambrick stated. "After what he threw today, the 72-footers are kind of normal now, which sounds kind of crazy. But it is kind of right in his normal 90-95 percent range to go 72 feet right now. And we see what the upper end is right now. The upper end is at 74 plus.

"For him we are going to continue to train. States next week, we are looking at something in the 72 range, but if the 74 comes out, we'll be happy but we really want to see that happen a little later at (New Balance Indoor) nationals."

Also in the field, Hempfield Area's Hayden Fox picked up a huge season-best and PR in the pole vault, scaling a PA#1 15-9 for the victory over McDowell's Caleb Sanford (15-3). The junior's victorious performance is also worthy of T-US#18 on the season. 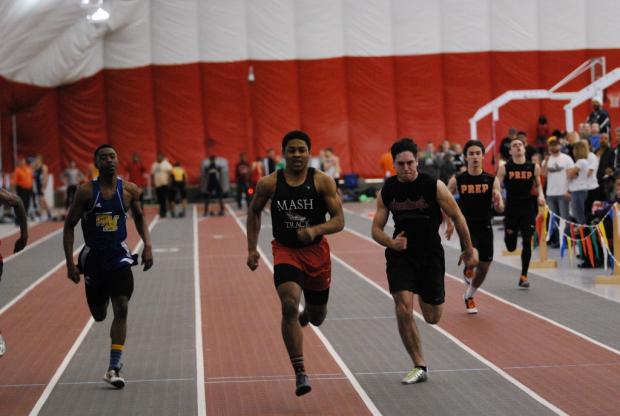 In the 60-meter dash, Meadville Area's Journey Brown grabbed a share of the state lead with a 6.91-second sprint. In only two indoor meets this season, Brown also has a pair of 7.00 clockings. 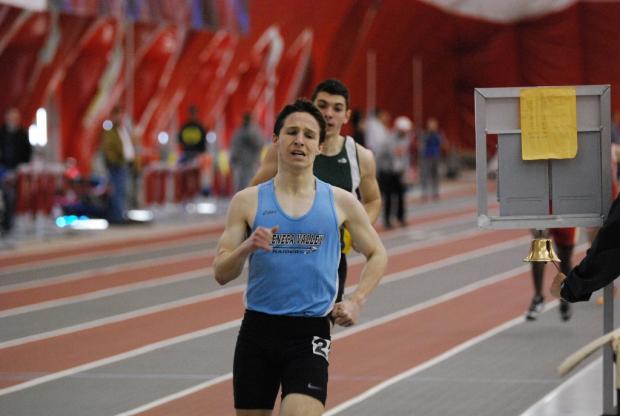