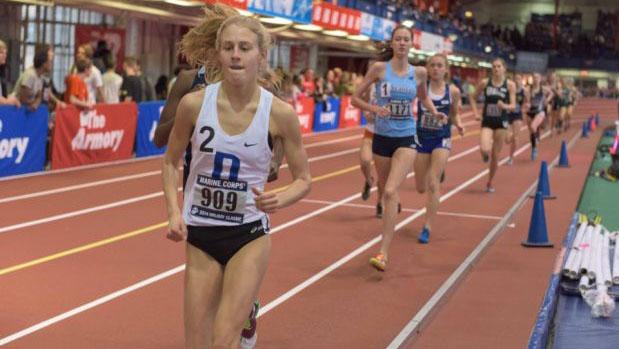 Devlin leads a field where everyone has a shot to medal

In the final open event of the day, most of the entries will come in fresh. One runner attempting the double is Germantown Academy's Abbe Goldstein, who is contesting the mile earlier in the day. While there's a sizable time gap in between, Goldstein is still going up against a strong field.

Downingtown West's Aislinn Devlin is the top seed and favorite of the bunch. After a long XC season, Devlin really came alive at Ocean Breeze in late January, where she dropped a 10:43.30 2 mile. She threw in a sub-5 mile at the New Balance Grand Prix in what has been a relatively quiet winter season for Devlin. Will we see a fast early pace to try to take the legs out of Goldstein? 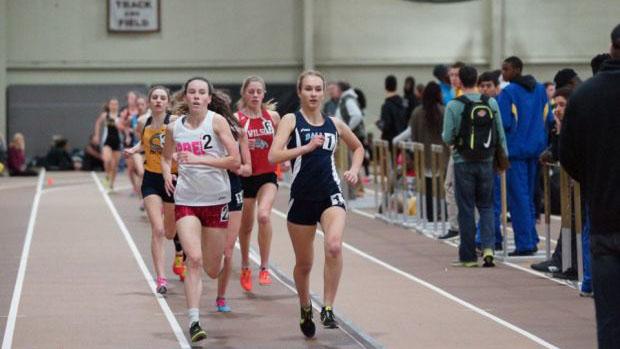 The rest of the field is very deep, too. Erin Feeney of Scranton Prep, fresh off a killer performance at the Carnival, has made herself into a definite factor. Ally Rome of Dallas will surely be in the mix, as well as Wilson's Alison Willingmyre. Pennsbury's Hannah Molloy is the top returner in the field from last year after taking third in 2015.

Ava Pietrzyk of North Hills, MaryGrace Rittler of Cheltenham, and Marianne Abdalah of Vincentian Academy will look to mix it up up front as well. All 12 entries have legitimate claims to one of the eight medal spots.