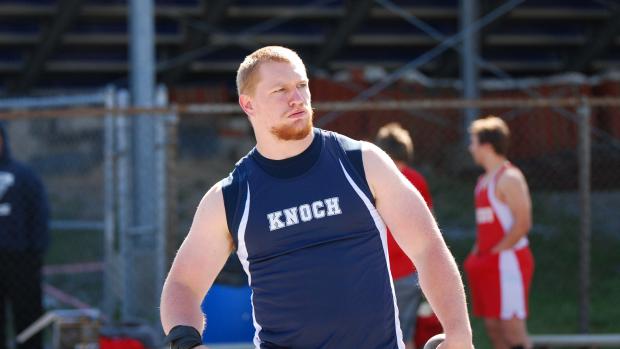 In his first outdoor meet of the season, Geist broke Ron Semkiw's 44-year-old state record in the shot put with a throw of 71-9.25. Geist then won his second straight Penn Relays shot put title, furthering that record. At the PIAA State Championships, Geist wasted no time, throwing 74-3.5 on his first throw to set the state meet record. The next day, Geist also won the AAA discus at states. His best throw in the shot put came at the Ironwood Throwers Classic where he threw 74-4.5. Geist was second in the shot put at New Balance Nationals Outdoor and third in the discus with a personal best throw of 197-11.

Check out all the boys' state award recipients here.