Last year, she battled Olivia Sargent for most of the way. This year, it was no contest from early on.

Aislinn Devlin, a Downingtown West senior, took control of the NXN Northeast Regional in the first mile and it was a solo effort from there on to the finish for a repeat win at Bowdoin Park. Devlin's time was 18:09, slower than her winning time in 2015, but yesterday's race played out much differently this time around. It was a dominating effort for the state champ.

Devlin said she surprised herself with a ninth place finish last year at NXN, but surely her expectations will be higher this year heading into Portland against some of the top girls in the country. 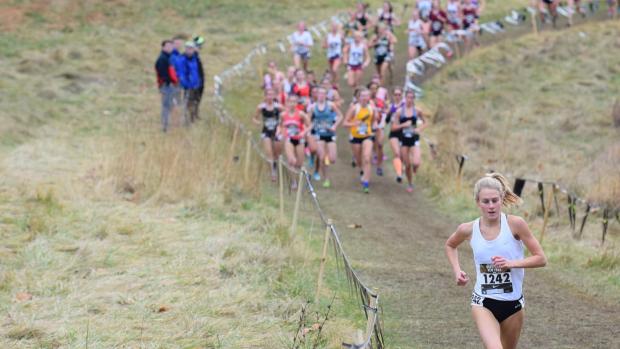 While Devlin opened up her lead, the race was on in the chase pack for those remaining individual qualifying spots.

Unionville's Anna Juul positioned herself in a great spot and wound up taking second, moving up one spot from 2015 when she was third in this race. Juul clocked an 18:34 and she booked a return trip to Portland, where she was 45th a year ago.

Annie Glodek will be making her first trip to NXN. The Perkiomen Valley senior hung in that chase pack with Juul and others and it paid off. Glodek took fifth, her same place as PA states, in a time of 18:45. She earned one of the five individual qualifiers for NXN in Portland.

North Penn's Ariana Gardizy ran a gutsy race, putting herself amongst that chase pack as well. She took ninth overall in a time of 18:49, just outside the NXN qualifiers. Elizabeth Mancini continued her terrific postseason as well. The Cardinal O'Hara junior placed 15th overall in 19:10 to lead her team, which took fifth in the team race.