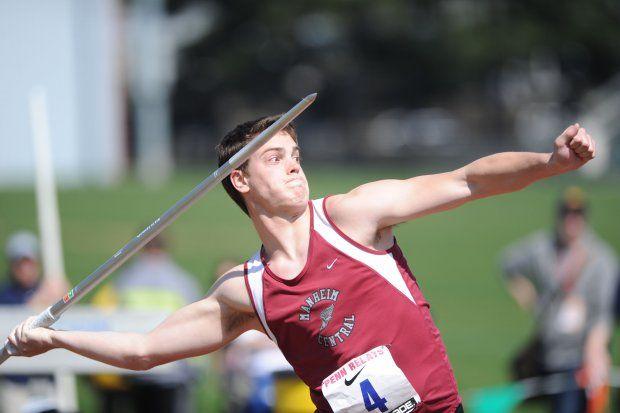 Cole Proffitt, a standout at Manheim Central and 2013 PIAA AAA state champion in the javelin, passed away, PennTrackXC has learned.

Proffitt had a successful four year career, competing for Manheim Central High School. As a junior in 2012, Proffitt threw 200-09 to place third in AAA at the PIAA State Championships. He then won the Caribbean Scholastic Invitational and placed fourth at New Balance Outdoor Nationals.

The next year as a senior, Proffitt took home the state title in AAA with a toss of 201-0. That year he also won the Penn Relays javelin throw, where he threw his high best of 205-11.

Proffitt went on to attend Penn State University. As a freshman for the Nittany Lions, Proffitt threw his lifetime best of 224-4 to take second at the Penn Relays Carnival. Watch his Penn Relays interview below: