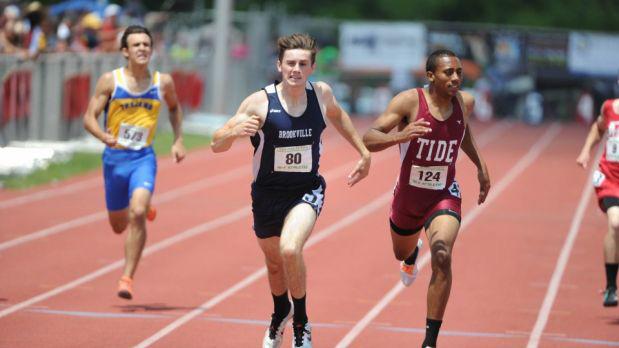 Ryan Thrush, a Brookville Area senior, has been on the mid-distance radar in Pennsylvania for a while now. The defending AA 400m state champion, Thrush knows how to race well. This past weekend in the 800m at the Butler Invite, he took a risk taking control of the race early and it paid off. Thrush ran 1:50.89, which is now the PA#1 and  US#7 time in the 800 meters. Thrush took some time out of his week to speak with PennTrackXC's Abby Huber about his big PR, his goals for the season, and his future at Harvard University next year.

PennTrackXC: First, let's talk about your race last weekend at the Butler Invite. You ran a new personal record of 1:50.89 in the 800m.  I know that Isaiah Bailey of Penn Hills was also in the race. How did the race play out? What was going through your mind during the race?

Ryan Thrush: The race was a lot of fun. Isaiah Bailey went out hard-about 25 seconds for the first 200-which was great because I never go out hard enough in my 800m races. Before the race my coaches told me that if I was going to make a mistake, I should make an aggressive one, so I took over the race at 300 meters. After that I was honestly just terrified that they were going to catch me. I just focused on pushing the pace and trying to make sure no one caught me. I could hear my coach yelling splits every 200 meters, and it was pretty exciting because I knew it was going to be a personal best if I could hold on the last 200.

Thrush, after winning the AA state title in the 400 meters last spring:

PTXC: Your time in the 800m now ranks #1 in PA and  #7 in the U.S. How does it feel to have gained national recognition? Were you expecting to run that time?

RT: It's exciting to be nationally ranked. I knew I was capable of running that time, but I didn't expect to. I had myself convinced I was going to fall apart and run about a 1:56, so I didn't feel very confident going into the race.

PTXC: What are your time goals for the rest of your senior season in the 800m?

RT: I don't know if I'll have another opportunity to run another hard 800m this season. If I do, I think breaking 1:50 would be a reasonable goal.

PTXC: You are the returning state champion in the AA boys 400m dash. At the PA indoor state championship this winter, you took 3rd in the 400m running a 48.52 against some tough competition. How did you feel about that performance and race?

RT: The 400 at indoor states was my best time, but one of my worst races. I went out way too slow, 24 my first 200, and had too much left at the end. It was nice to know that I could run a decent time while running a strategically bad race; it gives me hope that I could drop a significant amount of time if I ran the race right. 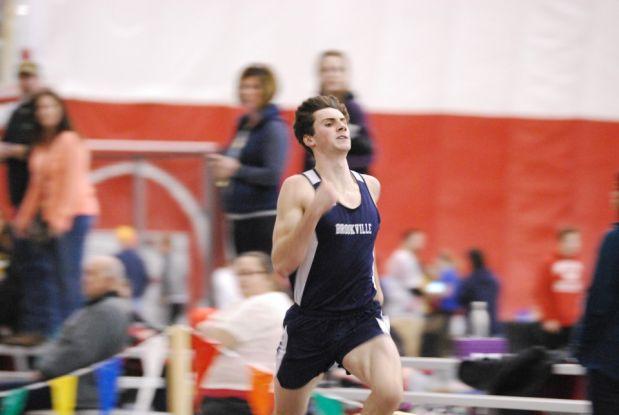 PTXC: As far as other events go, you have run everything from the 60m to the 5k in cross country. Which distances do you prefer and why?

RT:  I love to run any distance. I think it's refreshing to get to run a wide variety of events. If I had to choose, I guess I prefer to run the 400 and 800 because I've had the most success in those races.

PTXC: Which events do you think you want to focus on other than the 800m? Do you have any goals for these events?

PTXC: Your high school, Brookville, is a small single A school. Do you feel like attending this size school has advantages or disadvantages for you as an athlete?

RT:  I think being from a smaller school hasn't been a disadvantage, but I'm looking forward to having training partners in college.

PTXC: The 800m is a tough event to train for because you need to be aerobically fit, but also have top end sprinting speed for the end of the race. What is the most challenging part of training for you or what do you feel like you need to work on?

RT: I love training for the 800. It's a fun combination of speed and distance workouts. The most challenging part of training for me is maintaining an appropriate sleep schedule to recover from my races and workouts.

PTXC: The end of your senior year and high school is rapidly approaching. What is next for you? Are you planning on running in college?

RT: I will be running at Harvard this fall.

PTXC:  Over the past 4 years, have there been any low points or disappointing times for you as an athlete? How did you overcome these setbacks or challenges?

RT: As an athlete, freshman year through the cross country season of my junior year were low points. During this time, I wasn't making any progress and I was dealing with injuries. To overcome this I had to scale down my training and slowly build it back up, which was frustrating, but it worked out in the end.
Inside Distance: Ryan Thrush Leads A Strong Weekend In The 800m Apr 26, 2017
Boys 800 - Ryan Thrush (Brookville) 1:52.76 Elite Runners & Walkers/Brooks Baldwin Invitational May 10, 2016
Boys 800 Heat 3 T.C. Williams Invitational May 8, 2016
Tweets by PennTrackXC