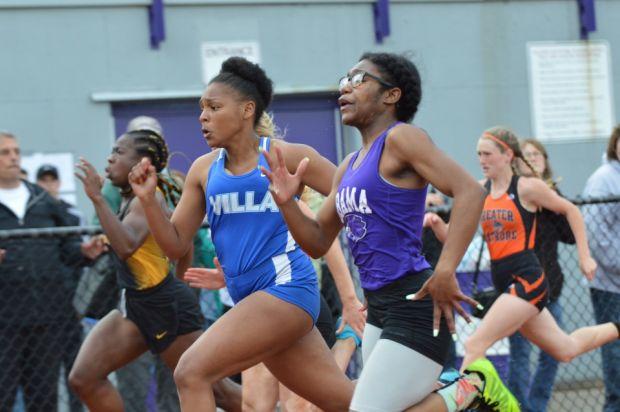 Butler's Alexis Leech keeps showing she is a serious contender in the 400 this season. The senior went PA#5 for the victory, clocking an impressive 55.53. South Fayette's Rachel Helbling wasn't far behind, running a PA#7 55.62 for second. Obama Academy's Raven Haston continued her strong season, winning the 100 meters in 12.34, edging out Villa Maria's Style Henry. Fox Chapel's Kate Carnevale won the 200 meters in 25.60.

North Allegheny's Clara Savchik took another win in what turned in to a very fast 3200 meters all around. The junior from NA went 10:39.30, a PA#2, for the win. She got a good challenge, though. Oakland Catholic's Hannah Schupansky hung with her for the first part and ended up third in a PA#9. Ambridge Area's Mica Hanish was second in 10:50.00, which ranks her seventh in PA.

Laurel Highlands' Casey Phelan claimed the win in the pole vault, clearing a season best and PA#7 of 12-3 for the victory. Hempfield Area's Molly DeBone was second with a jump of 11-3.

Bentworth's Brenna Cavanaugh, the indoor state champ, took a big step forward towards trying to defend that title outdoors. The junior jumped an outdoor PR of 18-8 for the win, which is a PA#7. She also took second in the 100 hurdles. Hempfield Area's Gabby Holmberg won a very competitive triple jump with a jump of 37-1, just off her own PA#8.