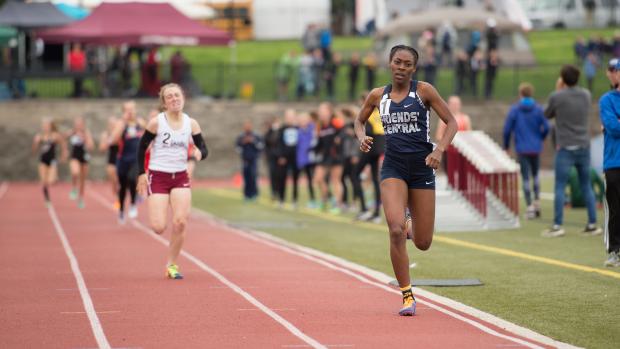 The 12th Henderson Invitational brought some strong performances across the board despite a change from Friday evening to Saturday afternoon. What were some of the top performances?

The distance events took centerstage for the girls, producing some state leaders.

Friends' Central's Gabrielle Wilkinson took the win in the 800 meters in a new PA#1. Wilkinson held off Abington's Kelly Jawork, who stuck on her throughout the opening 600 meters. In the end, Wilkinson took the victory in the state leading 2:11.03. Jawork still ran a 2:12.13, which puts her at PA#3. Hershey's Hannah Jones took third in an impressive PA#10 2:15.30.

Lake Lehman's Emily Johns posted a big result in the discus, claiming the win with a toss of 144-1, which moves her up to PA#3. She edged out Avon Grove's Chloee Kleespies, who threw 140-3 for a PA#5. Kleespies did get the better of Johns in the shot put, with the Avon Grove senior throwing 41-8 for the win.

Perkiomen Valley's Rebekah Bondi jumped 17-5.75 to win the long jump, while Downingtown East's Evelyn Berecz took first in the triple jump with a jump of 38-10.75.