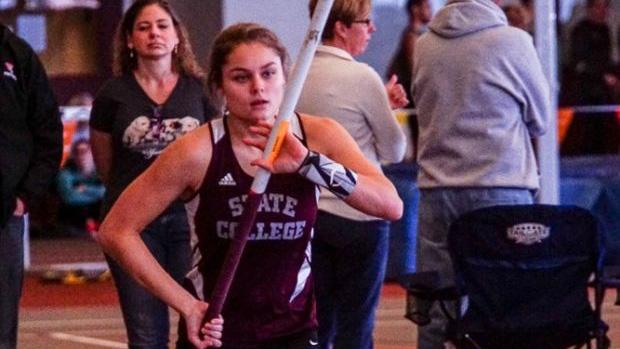 Altoona Area's Tyler Delozier made a big statement in the boys' pole vault. Delozier posted a huge PR in the event, clearing 15 feet, a foot improvement from his previous best. That puts him at PA#4 as we head into the final stretch of the season.

Matthew Collins of Clearfield Area won the discus with a throw of 159-1, while Bradford Area's John Eakin was first in the shot put with a throw of 51-8. State College's Brandon Clark jumped 45-6.5 to win the triple jump.

On the girls' side, State College Area brought home plenty of hardware. Jordan Rohrbach ran 46.27 to win the 300 meter hurdles. Lyndsey Reed continued her terrific sophomore season with a win in the pole vault, clearing 12-6. Her teammate Lily Plute jumped 10-6 for second. Esther Seeland ran a nice PR of 2:18.81 to win the 800 meters. Jordan Bair notched another win in the shot put, throwing 40-0.5 for the win.

Mifflin County's Skylar Ciccolini kept rolling in the javelin. She won the event with a throw of 129-3 on Friday. In the long jump, Hollidaysburg's Darcie Frazier jumped 18-5.5, a new PA#9 to beat State College's Taylor Givens, who jumped 18-2, just off her season best and PA#10. 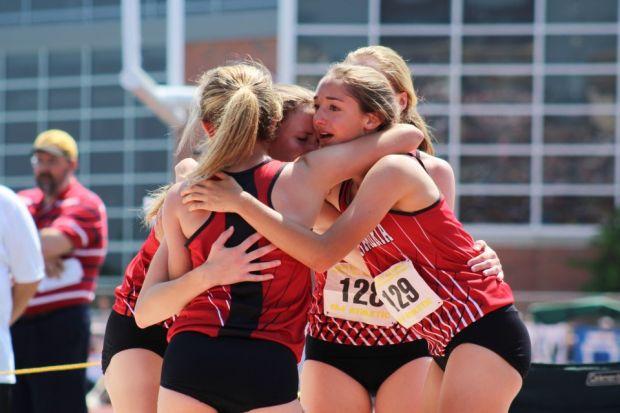 The reigning AA state champs from Central Cambria proved they are ready to challenge once again this season. The Red Devil girls clocked a time of 9:43 for the 4x800 win. That put them at PA-AA#2 behind Lewisburg and Mifflinburg.

Forest Hills' Zoe Roush was strong in the jumps. Roush jumped 36-9 to take second the triple jump and 17-9 to win the long jump. Bishop Guilfoyle's Preslee Litzinger took home first in the triple jump with a leap of 36-10.5

Continuing her strong season, United's Michaela Bracken won the 300 meter hurdles in 45.66, just off her own PA#12.

On the boys' side, Saint Marys Area's Tom Bojalad won a pair of events in the throws. The senior threw 54-10 to win the shot put and then178-0 for the win in the discus. That toss in the discus was good enough for a new PA#7.

Derry Area's Zach Baum won a close battle in the javelin. Baum threw 177-11 for the win, just a few inches better than Kane Area's Austin Labesky, who threw 177-6 for a new season best.