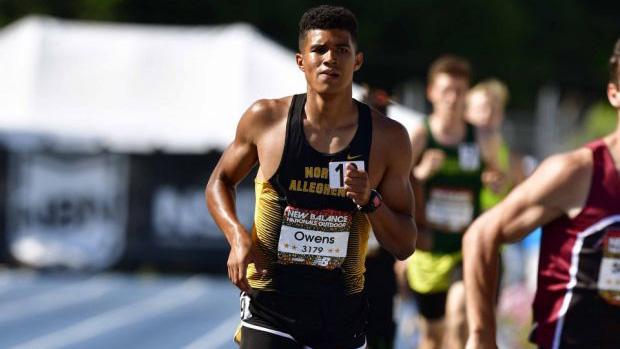 North Allegheny's Ayden Owens put forth a dominating effort to take the win in the boys' decathlon in Greensboro, North Carolina for New Balance Nationals Outdoor.

Owens, a junior, scored 7,009 points to beat the next closest competitor by an incredible 530 points. That breaks the NBNO record set last year by Hayden Ashley from Oklahoma, who scored 6.933 points.

It was a remarkable two days for Owens to take home the win. At the PIAA State Championships last month, Owens won both the 110- and 300-meter hurdles, while placing sixth in the long jump. He'll return next year for his season season at North Allegheny.

Leading up to NBNO, we talked with Owens about his decathlon preparations. Pennsylvania now has the two top decathletes in the nation between Owens and Germantown Academy's Kyle Garland.