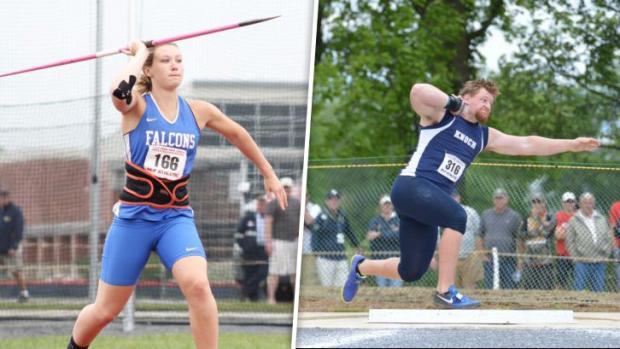 Jordan Geist and Madison Wiltrout are busy this coming weekend finishing up their respective storied prep careers at the USATF Outdoor Championships in Sacramento, but each added yet another honor on Thursday: Gatorade Pennsylvania Track & Field Athletes of the Year.

This is the second time Wiltrout has won the annual Gatorade Pennsylvania Girls Athlete of the Year award. She won it as a sophomore during her national record-setting season.

This year, the recent Connellsville graduate threw a best of 173 feet, 10 inches, which was the best throw in the country this spring. Wiltrout won her fourth consecutive PIAA Class girls' javelin state title. She went on to win a national title in the event at New Balance Nationals Outdoor in Greensboro, North Carolina. Wiltrout has signed with the University of North Carolina, where she'll start in the fall.

Wiltrout after her girls' javelin title:

Geist after his double win (shot put and hammer throw) at NBNO: