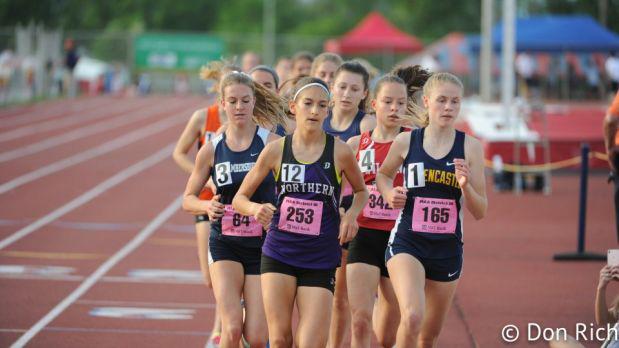 It's not uncommon to see freshman girls make a big impact on the track and field scene. We saw it last year, especially in the sprints with the likes of Thelma Davies and Kouri Peace.

This year, though, it was the ninth graders in the longer events who took centerstage. The distance events were loaded with talent across the state.

It takes some time to build up miles to become a successful distance runner. However, this year's freshman class proved that they already had the speed and endurance to compete with even the most seasoned seniors. These young ladies were not only consistently turning in fast times, they were winning big meets and climbing the state and national rankings. These super star freshmen made one thing clear: the future of PA distance running is going to be fast.

It all started in the fall, when we watched two freshman---Taryn Parks of Greencastle-Antrim and Marlee Starliper---race to finish in the AA girls' race at the PIAA XC Championships. It continued into the winter and particularly the spring on the track.