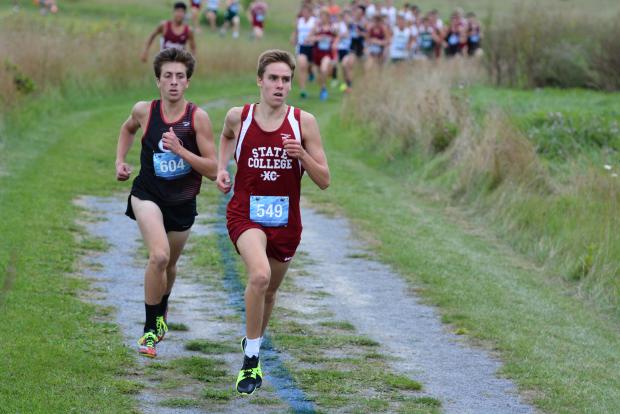 Friday was the start of a beautiful weekend of perfect running weather and fast times. Teams from all around the state gathered at Penn State for the Harry Groves Spiked Shoe Invite.

University High of West Virginia had their second successful showing racing in PA. University High scored only 26 points to win the girls' race. Tashala Turner and Zoe Shetty led the squad, placing first and second individually. Turner blew the field away with a time of 18:01 for the win.

After the two University High girls, another West Virginia runner, Hannah Lipps of Hampshire (WV), was third in 18:48. Isabel Sagar of Loyalsock Township had a very strong race, coming away fourth overall in 18:56.

Sera Mazza of Saint Joseph's Catholic Academy, the defending single A state champion from last year, took sixth in a time of 19:02. The SJCA girls looked strong a team on Friday. As the returning 1A team champions, they will be a team to follow as the season rolls on.

On the boys' side, PA teams were more dominant. State College Area boys won the team title in their hometown to beat their formidable rival Carlisle. State College boys were led by Mitchell Etter and Owen Isham. Both boys had strong performances, coming in first and fifth overall.

Last year, Etter ran 17:01 at Spiked Shoe, this year he dropped a 15:51 to win the meet. After an injury derailed most of his junior season last year, this is a great sign that Etter is ready for big things in his senior season.

Another individual to watch out for is Quinn Serfass who was third overall on Friday. The Loyalsock Township senior will lead his team to challenge strong District 4 teams this year.

Carlisle's Jack Wisner followed up his strong performance last weekend with an impressive new personal best 5K time of 16:19, landing him fourth overall. Certainly he will be one to watch for in District 3.