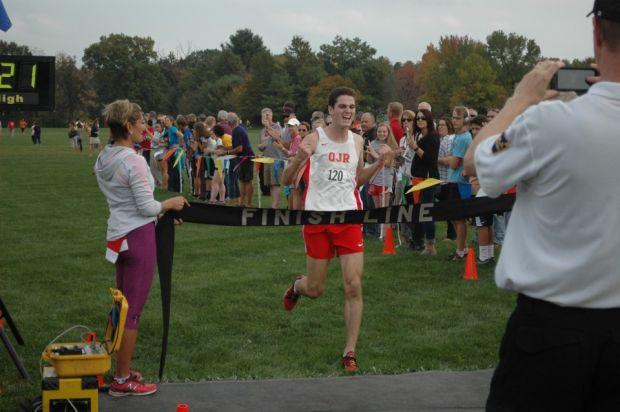 Teams from several districts towed the line at the 39th Annual Centaur Invitational on Saturday. District 1's Owen J. Roberts won the girls' race, led by senior Autumn Sands who was second overall. Not far behind Sands were teammates Hannah Kopec and Alex Glasier. Last year, OJR just missed punching their ticket to states and their team is coming together to make a run for a bid this year.

Two District 11 teams Parkland and Northwestern Lehigh both had strong performances, getting second and third respectively.

Villa Joseph Marie opened up their season this weekend. The team had some solid performances, most notably, Brianna Kling who was fifth overall.

On the boys' side, Liam Conway of Owen J. Roberts opened up his season with a solid win. Running 15:59.23, this senior will be one to watch in District 1 this year.

Other strong performances to note were Parkland's Riley Williamson and Nicholas Bower, who came in second and fourth overall. Breaking the two teammates up was North Penn's Brendan O'Toole who ran 16:45.19 for third place. North Penn, which entered the week at PA#10 was without a few of its key pieces and placed sixth.

Conway almost led his team to victory on Saturday, but Stroudsburg beat Owen J. Roberts by just two points for the title. Stroudsburg strength is in their ability to keep their scoring runners closer together. Their team was led by senior Matt Bodon, who was fifth in 16:54.

Twin Valley was third as a team and are working on getting a tight pack together. The boys were led by Griffin Schlegel and Chase Knorr.