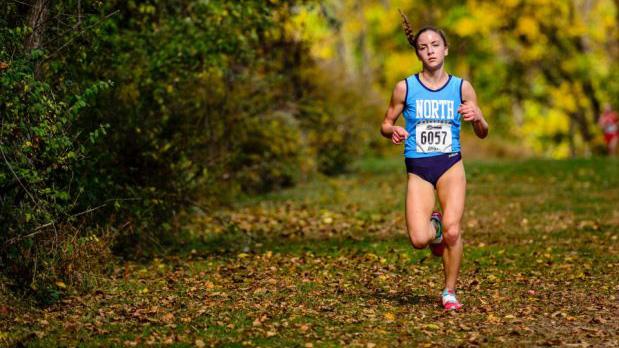 We didn't fully know what to expect out of Bishop Shanahan's Josh Hoey this fall. After transferring to Shanahan before the start of last XC season, Hoey had a rough fall before regrouping and putting together a very strong winter and spring on the track.

Well, Hoey's senior XC season has begun with a victory. He went 16:11 to take the win at Abington on Saturday---a sign that Hoey could be ready for a strong season on the trails.

And Hoey's Shanahan team, which entered the week at PA#5 looked strong as well, taking the team title with 51 points. Jonah Hoey was fourth in 16:48 and Jonathan McGrory was ninth overall. West Chester East was second with 85 points, followed closely by Council Rock South, which took third with 88 points.
Wissahickon's Ben Hoyer took second place in 16:24 and West Chester East's Joshua Lewin was right behind him, taking third in 16:25.
In the girls' race, Ariana Gardizy of North Penn started her season off on the right foot, going 18:50 to take the individual win. It's her third straight year taking the victory at Abington and Gardizy seems fit and ready for a big senior season.
In the team race, however, it was West Chester Henderson pulling out the win. Courtney Alexander led the way for WCH, placing fifth overall in a time of 20:35. Emma Teneza (eighth) and Lucy Merrill (tenth) both placed inside the top ten for the Warriors.
Taking second was West Chester East, which had a pair inside the top five. Sophomore Allyson Clarke and senior Hanna Kelly took second and fourth respectively for WCE, another team to watch for out of District 1. North Penn was without usual #2 runner Olivia Dyer, who would have provided a notable boost for the Lady Knights.
Gwynedd-Mercy freshman Kelly Murray was impressive in her debut, placing third in 19:56.
Tweets by PennTrackXC