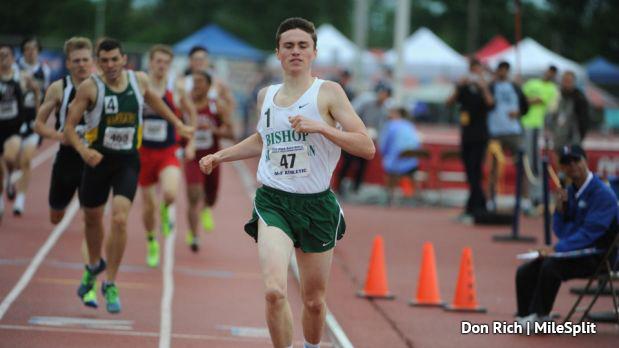 Josh Hoey has made his college decision.

And his older brother Jaxson Hoey is coming with him.

The Bishop Shanahan (PA) senior, the top returning 800m talent in the nation, will be heading to Eugene, Oregon, next fall having chosen the University of Oregon, as first reported by Dyestat.com.

Jaxson Hoey, who is two years older than Josh and a 2105 PIAA champion in the 1600m, is also headed to Oregon. Jaxson attended Penn State last year before withdrawing in the summer.

While at Downingtown West as a sophomore, both Hoeys were apart of the Whippets state championship XC team that also qualified for Nike Cross Nationals. Jaxson took second and Josh was third at the PIAA AAA Championships that year, behind Central Bucks East's Jake Brophy.

On the track that year, Hoey also won the mile at the Penn Relays Carnival, running 4:11.90.

Watch an interview with Hoey after winning the state title in the 800 meters last spring: