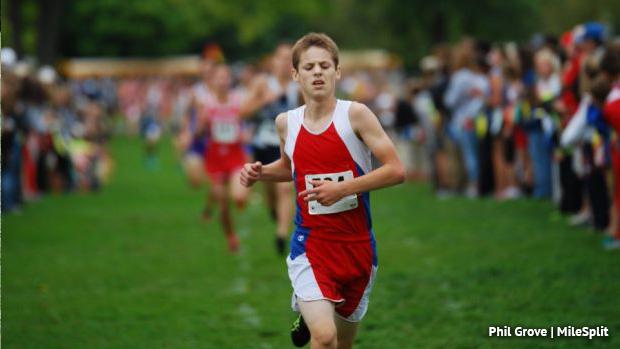 The individual race will be competitive. Watch for North East's Josh Lewis who was popping some fast times and picking up some wins this season. Lewis ran a new personal best 5k time of 16:28.30 at the Boardman Spartan Invite in September and has made some big gains since his 14th place finish at this meet last year.

Then there's the rivalry between Cochranton's Noah Bernarding and Lakeview's Zachary Tingley. At the Rocky Grove Invite, a few weeks ago, Tingley had Bernarding by ten seconds, but after all of their match ups, it is Bernarding who has the faster time coming into the district meet.Tingley was fourth overall at this meet last year and will look to finish his senior year with another win.

In the team race, North East will be in the mix to win the district title. Along with Lewis, look for Zane Courtwright to be a top finisher for the team.

The Cochranton boys dominated their own invitational beating fellow D10-1A schools, West Middlesex and Cambridge Springs. Bernarding led the team, but other top finishers like Jac Cokley and Stephen Clulow will make this team pretty tough to beat on Saturday.

Seneca lost the two Myers twins from last year, but the team will still be in the hunt for a trip to Hershey on Saturday. Seneca will be led by sophomore Brock Smith but, also look for Jake Schneider and Robert Stepnowski to step it up for the team.

West Middlesex boys will also look to secure another trip to Hershey this year. Look for Luke Mantzell and Andy Chipka to be the top scoring individuals on Saturday. 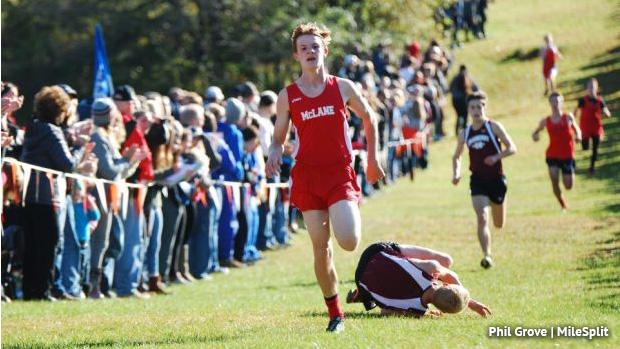 The Grove City boys will be led by Jonah Powell, who won the Mercer County invite this year and was second overall at the 15th Annual Red, White and Blue Classic this year. At RWB, Powell ran 15:39.30, a new personal best 5k. Two years ago as a freshman, Powell was second overall to Ryan Starvaggi of Harbor Creek. He has made some big gains since then and is the favorite to take the AA individual race this year. Other Grove City runners to look for are Luke Owrey and Joseph Somora.

General McLane and their top runner, Nate Price, will challenge Powell and the Grove City team on Saturday. Price and his his teammate Erik Andrzejewski are both runners to watch out for in the top pack. Price set a new personal best 5k of 15:43.10 this year, though he has only raced at two invitationals this fall.

Harbor Creek's top three individuals add some serious firepower to the team. Starvaggi, Aiden Weber, and Christian Babo are all expected to place in the top ten individually on Saturday. As mentioned above, Starvaggi did win the individual race in 2015 , but even in that race his teammate Weber was right behind him. The pair went one, two at the Commodore Perry invite earlier this season and will lead the team's push for a trip to state's again this year. 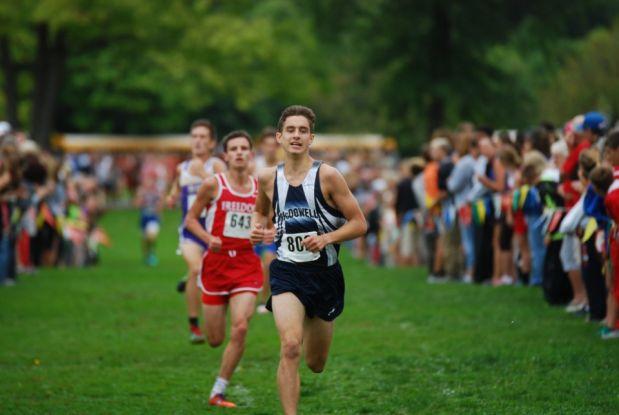 Cathedral Prep and McDowell will once again be competing for the one spot allotted to the D10 AAA teams.

McDowell is led by seniors Jack Holmberg and Ryan Zimmerman, who we should expect to see also competing for the individual title in the AAA race.

Zimmerman is the defending individual champion, but he will see some competition from Cathedral Prep's Steve Campbell. Campbell comes in with the fastest time of any individual in the field, but he ran this in the beginning of the season and has not raced much since.

Other Cathedral Prep runners to note are Kyle Martin and Devan Bailey.

Last year, Peter Foradora of DuBois Area was fourth overall and will be another individual to watch on Saturday.

Newly added Erie High School will add to the mix of runners in the AAA race this year.