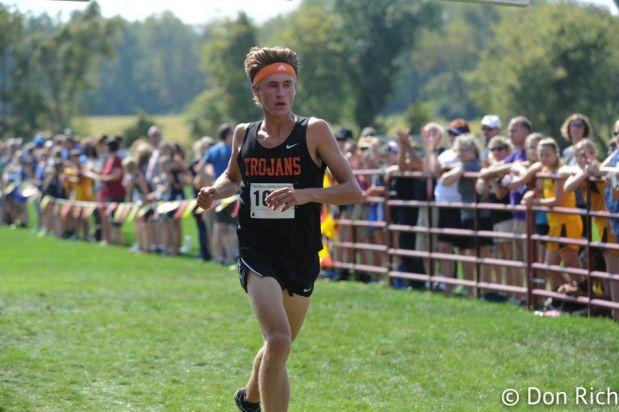 Also expect Veritas Academy's Neil Martin and Fairfield Area's John Whitcomb to be toward the front of the pack.

In the team race, look for Kutztown Area, Delone Catholic, and York Catholic to be in the mix. Kutztown boys have a solid pack, led by junior Michael Hill. However, Delone Catholic has some front runners like sophomore Adler Brininger and junior Gabe Hall. 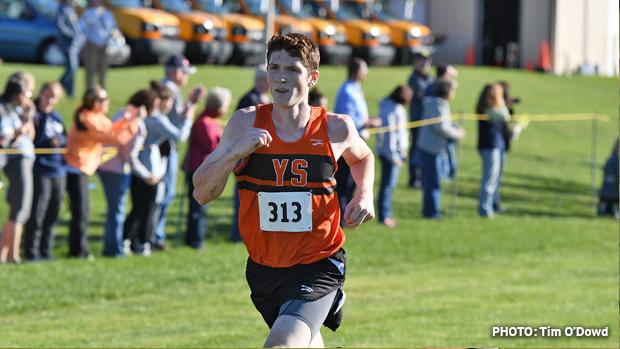 Coming off a big win at the Berks County Championships, Wyomissing boys will be a team to watch at Big Spring this weekend. The team has talent, like front runner Joe Cullen who is the defending District 3 AA individual champion. Cullen went 16-flat at Paul Short earlier this season, however Cullen seems to be battling an injury this season. His teammates, Ben Kuhn and Matthew Driben both have stepped it up, setting new personal best 5Ks of 16:04 and 16:12 respectively this year. Both Kuhn and Driben should be toward the front of this AA race. The Wyomissing boys were second last year as a team and certainly look to wear the crown this year.

The York Suburban boys will also be gunning for the team title. York Suburban has been the class of D3-AA for awhile, and will be led by Bryce Ohl and Jarrett Raudensky this year. Ohl and Raudensky come into the race with the same personal best time that they both ran at the Carlisle Invite. The boys went 1-2 at the YAIAA league meet last weekend and will also be individuals to watch out for in the top pack on Saturday.

The third state's slot is up for grabs between the Milton Hershey and Eastern Lebanon County boys.

Also, look for Lancaster Mennonite's Logan Horst and Nathan Yoder to be up in the top ten individuals on Saturday. 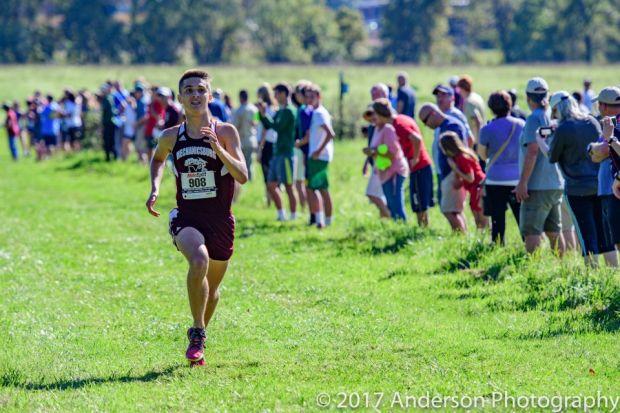 After a big win at the Mid Penn Conference championships, Mechanicsburg's Morgan Cupp comes in as the favorite to win the AAA District 3 race. The senior has been working hard to do everything he can for his team this season, and it has paid off. Cupp achieved a new personal best 5k time of 15:24 at the Carlisle Invite earlier this season and looks to carry this success into the postseason.

Challenging Cupp for the individual title will be Christian Groff of Hempfield. Groff is also a senior and is also coming off a win last weekend, but at the Lancaster Lebanon League meet.

Cocalico's Evan Kreider was within a few seconds of beating Groff at the league meet last weekend and will certainly challenge him again at Big Spring.

Other individuals that will be gunning for the top are Wilson's Jake Underwood and Elizabethtown's Christopher Scharf. Also expect Ephrata's Andrew Foster and Governor Mifflin's Alexander Ermold to be up in the top pack.

There are four state spots allotted to District 3 AAA teams and who gets those slots will just depend on who brings their best to Big Spring on Saturday.

On paper, the Carlisle boys look poised to win the team title. Led by Jack Wisner, the Thundering Herd won the Mid-Penn Conference last weekend with an impressive spread. Carlisle's top four guys finished within 12 seconds of each other with their fifth man not too far behind. If they can keep this pack together, the team has a good shot at defending their title, even without the Affolders.

The Hempfield boys have also had a strong season, picking up a win at Ben Blouser and also winning the Lancaster Lebanon League meet.

The Mechanicsburg boys will also be in the hunt for one of those slots. Cupp will certainly lead the team, but juniors like Brandan Knepper and Michael Vigliano will play a big role in accomplishing the team's goal to get to Hershey. Knepper and Vigliano stepped it up last weekend for the Wildcats, finishing  third and seventh overall at the Mid Penn Conference.

Twin Valley will also be in the running for the team title, led by Chase Knorr and Dylan Servis. Twin Valley boys were sixth at the Carlisle Invite and if their third through fifth runners move up, they could also nab a ticket to States.

Other teams in contention for the five spots will be Cumberland Valley, Elizabethtown Area, and Cocalico will also be in the mix.