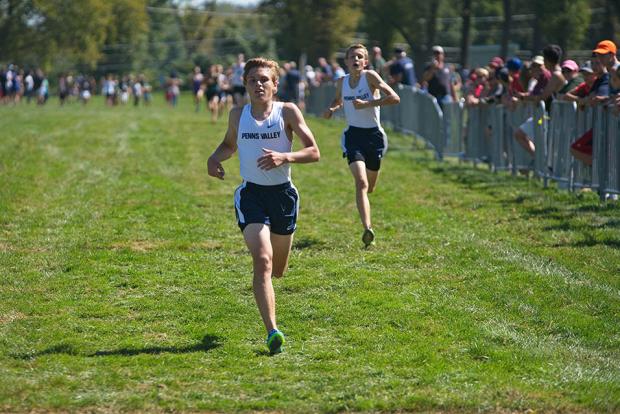 In a preseason Q&A, Tristan Forsythe told PTXC that despite losing two key seniors from their top five, his Winchester Thurston team was stronger than ever. He may be right, but that squad will be put to the test on Saturday.

The defending PIAA 1A champions have proved they again will be a force to be reckon with at Hershey this Saturday. The team won the A/AA race at the Red, White, & Blue Invitational and took the WPIAL title with a low score of 37 points. Forsythe is the clear front runner for the team, but Gordon Pollock and Scott Routledge have delivered consistent performances as top finishers all season.

But Thurston came in second at the Foundation Invitational to a District 6 team on the rise. Penns Valley Area showed it's the team to beat this year in the PIAA 1A race after beating Thurston by 37 on the state course in September. The boys were ninth as a team at states last year, but some talented freshmen have taken the team to the next level this fall. At the District 6 Championships, the team scored only 19 points to take the win. Penns Valley is still led by senior Chris Colwell, but freshman Colton Sands finished just three seconds behind him at the Foundation Invite. Brendan Colwell is also having a nice frosh campaign and is not far behind his talented older brother. When you also factor in experienced seniors like Sam Gray and Mark Bierly, the team will be hard to beat on Saturday. 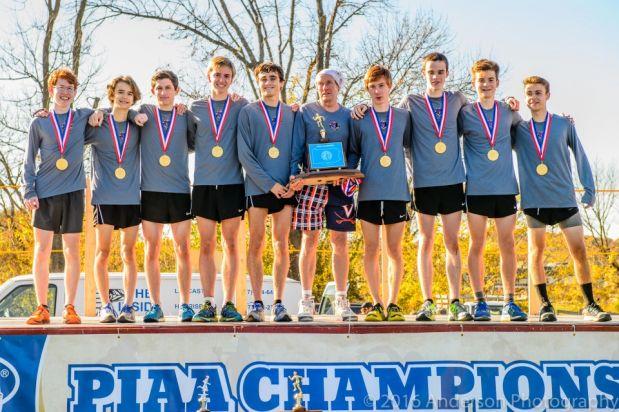 Look for Elk County Catholic boys to be in the mix, too. They were second last year at states and will be gunning for the number one spot this year. The team is led by sophomore Ben Hoffman who has made big improvements as the team's front runner this year. His brother Logan Hoffman and fellow sophomore Isaac Wortman helped to contribute to the team's big win in District 9 last week.

Montrose dominated the District 2 championship again this season, scoring just 26 points for their second district title. Although they lost their top two from last year, the team still has a strong pack led by district champ, senior Brandon Curley. The team was fifth last year at the PIAA championships and will look to improve on that this Saturday, having more experience on the big stage this time around. 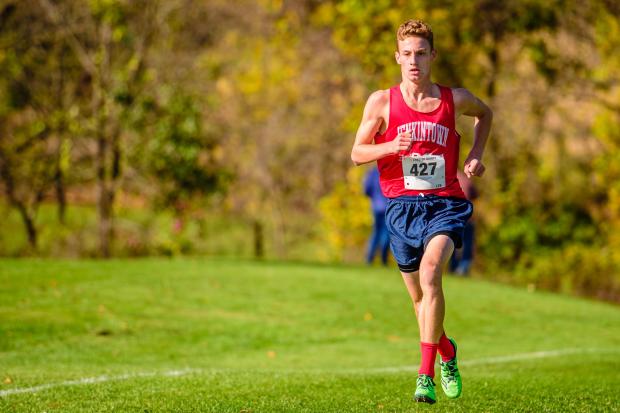 Jenkintown placed just behind Montrose last year at the state meet and returns again after a big win in District 1. The boys put down a perfect score of 15 points in the 1A race at Lehigh last week. Jenkintown was third at the PIAA Foundation Invitational meet behind Winchester Thurston and Penns Valley Area. The team is led by front runner Jack Miller, and look for Joshua Jackson and Luke Miller, to be contributors on Saturday.

Another team to keep on your radar is Cochranton. The boys are coming off a big win in District 10 and will look to make a big appearance at the state level. District 4 champs Mount Carmel Area have made a nice impact this year, and will look to keep it rolling at the state meet. WPIAL runners-up Riverview and District 10 runners-up Seneca will also be worth watching for on Saturday.