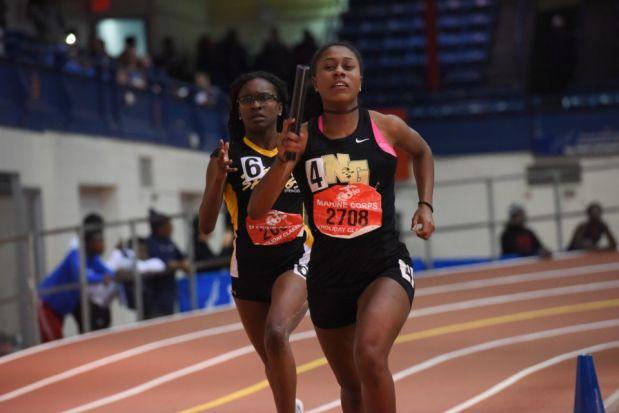 The Neumann Goretti girls are on a historic pace. The Saints 4x400 meter relay dropped a 3:52.07 at the Marine Corps Holiday Classic, following up a strong performance at Bishop Loughlin where it clocked a 3:54.20. That time at Marine Corps is the fastest by any Pennsylvania squad in the month of December since the great West Catholic in 2004. That West Catholic team eventually won a national title in the event.

Yes, that's right. The top three spots in the state in the 400 meters hail from the same team! For Townsend, her sub-56 time is already faster than her previous indoor PR of 56.26 from last year's state meet. A hot start, indeed.

It's going to difficult to top this Neumann Goretti squad this season with that kind of talent. Dare we say West Catholic's seemingly unbreakable state record of 3:41.96 is in danger? Time will tell.