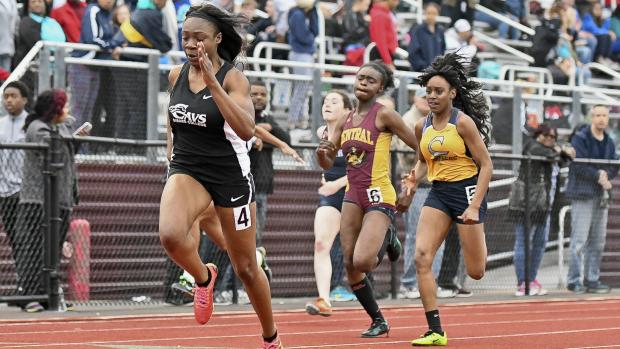 A number of top Pennsylvania athletes will journey below the Mason-Dixon Line for Saturday's Bullis Bulldog Invitational in Potomac, Maryland. Here's who we're watching for.

Saturday will mark the outdoor season debut of Girard College junior Thelma Davies. This will be our first look at Davies since she took second to Tamari Davis in the 60 meters at indoor nationals. Davies is entered in just the 200 meters. Bullis' Ashley Seymour and Frederick's Jaida Smith should give her a good race there.

Norristown's Jonae Cook and Lower Merion's Aja Davis are also entered in the 200 meters, but first they'll go after the 100 meters. Look for those two to start their seasons off strong; both had solid indoor campaigns.

Neumann Goretti's Mykala Perry sits at PA#1 in the 400 meters. The sophomore will look for a quick time Saturday. Penn Wood's Elicia Moore is also in the 400 field. In the 800 meters, we'll see the NG duo of Dasia Wilson and Kami Joi Hickson, along with Penn Wood's Kyra Carroll. Sydni Townsend of NG will be one to watch in the 400-meter hurdles.

Rebecca Wusinich of Friends' Central is the top PA entry in the 1600 meters. In the long and triple jump, watch for the talented Saint Basil Academy trio of Tia Taylor, Jayla Bernard, and Sasha Lee. 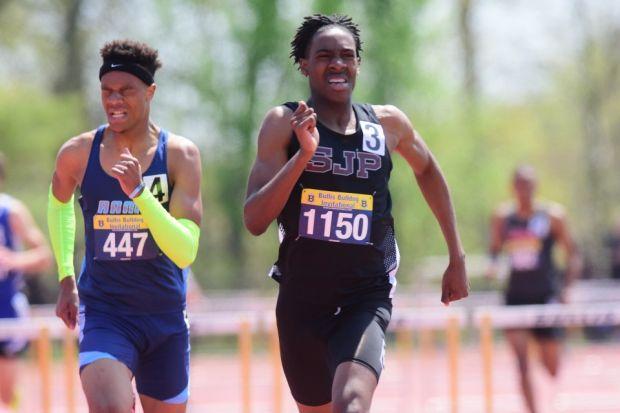 The Saint Joseph's Prep boys will kick into gear for the first time since a huge indoor season that saw them claim a number of state titles (including the overall team title) and then a national title and state record in the 4x400-meter relay.

Neumann Goretti's Kamil Jihad will be one to watch in the 800 meters. He'll be a serious factor for the 800 meter AA state title this spring. In the 200 meters, Lower Merion's Romaine Rhoden will look to start his season off well. He's coming off a terrific indoor season.