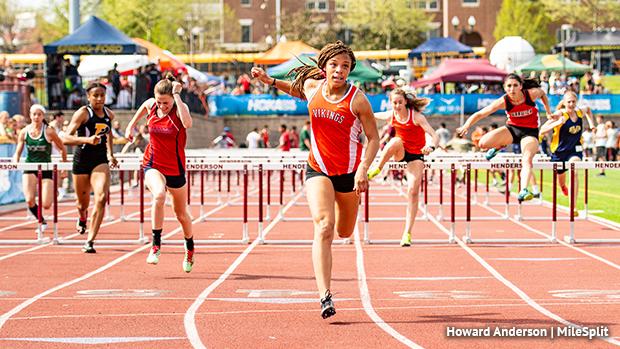 Some people suffer from triskaidekaphobia.

Christina Warren is not one of those people.

Triskaidekaphobia is defined as a fear or avoidance of the number 13, per Wikipedia. Rather, this season, Warren is all about the number 13, and she's doing everything she can to hurdle and jump her way to it.

Warren, a Perkiomen Valley junior, has been making noise in Pennsylvania track and field since coming onto the scene as a freshman. But this season, she's really been shining, showing some big improvements in the high hurdles and in the jumps.

"The goal for this year is 13 meters (in the triple jump)," she said. "We're just trying to inch our way there."

Warren showed off her abilities in both events at Friday's Hoka One One Henderson Invitational. Early in the warm afternoon, Warren rolled to the 100-meter hurdles win in 13.90 (watch the race above!). It wasn't a PR -- she went faster on two other occasions with a 13.82 at her home Viking Invite and 13.84 at the Unionville Invitational -- but it's a sign of consistency nonetheless.

"We were aiming for something closer to my PR, but since it's still sub-14 and it was in the headwind, I'm pretty happy with it, especially since Jane (Livingston of Conestoga Valley) was there to push me," Warren said.

She credits some form breakthroughs and some added speed to the improvement this season.

"I still have to work on it, but what we've already gotten so far has definitely helped," Warren said.

But she's not totally satisfied with the the high 13s right now: "It's making want to hope for a 13.2 or 13-mid, 13-low towards PACs, districts, and states once the competition gets more intense," she added.

On the runway, Warren went 18 feet, 5 inches in the long jump for second. That was a season best in the event and a PA#9.

But later came her runway specialty, the triple jump. A week earlier at the Penn Relays, Warren had the best series of her career to that point, which included three jumps over 40 feet and a best of 41-00.5 (12.51 meters). All three of those jumps came in the finals. She placed fourth overall in the field and earned the distinction of top American. 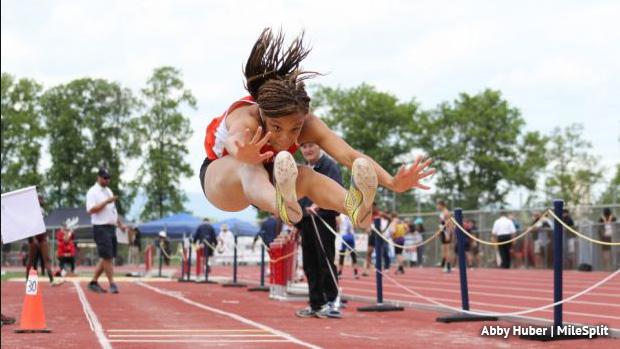 Her recent breakthrough in the triple breaks some stagnation she experienced in the event. After jumping 40-04 at the Ocean Breeze Invitational in January of her sophomore indoor season, she didn't pop a jump of 40 feet or better until almost a year later during the indoor season.

But it's been smooth-sailing since then. She jumped 40-10.75 to win the indoor state title this past February and she's seen good consistency since then.

So is she ready? "Hopefully. I'm only going to know when I get there," she said with a smile.

There's certainly no fear in her voice -- of the number 13 or any of her goals for this season.

Full interview with Warren at the Henderson Invitational.