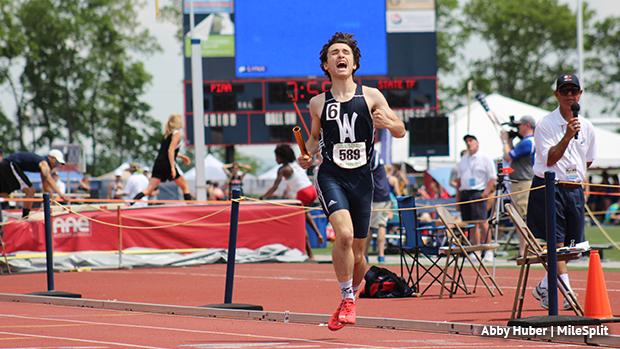 My most memorable race was the winning the 2017 PIAA Team State Championship in XC. I had a mediocre race to cap off an underwhelming season, but none of that matters compared to a team title. I was so proud of my teammates and our program as a whole; achieving team success in a largely individual sport such as running is so much more meaningful than any individual achievement.

My most competitive race was the PIAA state finals this year in the 4x400. We didn't win, but the sheer intensity each and every one of us brought to the table for that race made it memorable (shout out to Alex Keim for splitting sub 50). It was insanely competitive-had someone told me before the race sub 3:20 wouldn't win us the race, I would've fallen over laughing.

Out of all my high school accomplishments, finishing in the top 3 in the 4x800 and 4x400 at states every season of high school (except for the 4x400 sophomore year, when we were a hamstring pull away from a top 3 finish) was extremely gratifying. I love the team nature of relays, and I hope consistently being there for Wyo's relays all throughout high school speaks to my reliability when the team needs me (still waiting on Coach to put me in the 4x100 though). 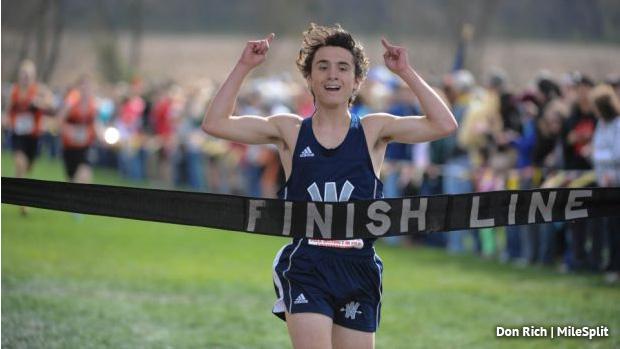 I would've not been an idiot heading into senior year. I was overconfident coming off of my junior track season, and started blasting a ton of miles at an unsustainable pace. I should've realized my body wasn't responding to the training and breaking down earlier so that I could've salvaged my XC season and done a lot better indoors and outdoors.

Throughout my senior year, I had an unidentifiable illness that made me collapse and crawl to the finish line in our county championships for XC and the Stephan meet 3200 (and also made some interval workouts extremely hard). I got a lot better after I took antibiotics, but I wish I had been more proactive in trying to treat it.

I'll miss the team aspect of high school running. All the guys on the team are my best friends, and nothing will ever beat the offbeat conversations on easy runs and the down time spent in the hotel rooms before districts and states. It's now kind of dawning on me that things will never be the same-I'll never be teammates with all of them again, nor will I ever get to toe the line again in a Wyo uniform. But I'm forever grateful for my teammates for making high school such a good time.

Trust the process. Not to be a 76ers cliché, but consistency is key in high school. Too many people try to force things and get dramatically better too quickly, but just end up injured or burned out. No matter what you're doing in high school, as long as you're consistently getting out the door and running, you're going to get better. So don't fret over the pace of every easy run, work hard and just enjoy the ride.

My coaches are some of the most valuable mentors I've had in my life. They've taught me the value of consistency, hard work, and putting the team before the individual. Coach Hetrich deserves a special word of thanks for getting me into running in the first place and always being there for me throughout the past five years, and of course Coach Uliasz, Coach Babiarz, and Coach Allen deserve credit for being my biggest advocates and being flexible in helping me pursue my individual goals while still being a contributor in the 4x400 and 4x800.

My post-high school plans are to double major in Economics and Psychology and run cross-country and track at Duke Univeristy.

My first shout-out goes to Matthew Driben, Alex Keim, and Austin Keim for being awesome friends and teammates since junior high. Also, some of my older teammates who taught me the ropes-Kyle Shinn, Jack DiCintio, Bert Colon, etc.-mean the world to me and I'm extremely grateful to them for helping shape me to the athlete and person I am today. And of course, guys like Ben Kuhn, Ryan Vargo, Thomas Foster, Josh Diehl Josiah Taylor have been great teammates and friends and I'm so excited to see what they do the next few years.