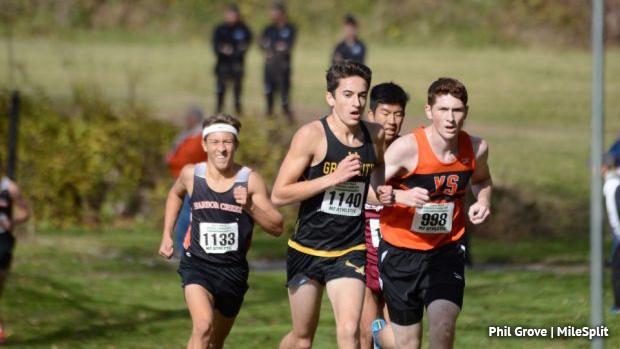 District 10 Class AA is loaded for this season.

After putting two teams in the top five of the state last season, a wealth of talent is back and some more strong teams enter the fray in the always-competitive D10-AA. Only two state spots are up for grabs and it's going to be exciting.

Let's start with the defending champs from Harbor Creek. It put together a great effort at districts last year to capture the title by a convincing 21 points. A week later at states, Harbor Creek nearly won the state title, missing out by just 6 points and placing third. Three seniors from last year's team are gone, but the core up front is solid behind Ryan Starvaggi and Aidan Weber (fifth and seventh at states last year, respectively). The key for a repeat district title/return to Hershey for this squad is to fill in the blanks on the back part of its scoring five to make up for those losses.

Potentially waiting in the wings is Grove City Area. GCA loses just one from its varsity seven from last year. Up front, it has Jonah Powell, who after a big spring, may be the one to beat in AA this fall in the district and state. The trio of Joseph Somora, Tobias Jones, Luke Owrey, make up a great secondary pack that could propel this team to big places in 2018. Grove City was fifth at states a year ago, and has the pieces for another strong run towards Hershey.

Then there's General McLane, which missed the state meet as a team by only six points last season. It also loses just one boy from last year's team. Back is the reigning district champ Nate Price, who had a big spring season on the track, as well. Fellow senior Erik Andrzejewski and rising sophomore Dylan Throop add solid depth near the front. This has to be a motivated group after last season, so look for McLane to make a run for the top spot.

Fairview was fourth in the district in 2017 and brings back its full top five from a year ago. This a young team, led by rising sophomore Zach Buckner, that could surprise some this fall like its girls' team did last year en route to a 1A state title.

New to AA this season is Seneca and North East. Seneca was second in D10-A last season, booking a trip to states where it placed sixth. Brock Smith and Jake Schneider are solid returners from that team that could be dangerous if it adds some depth. North East has a solid frontrunner in Josh Lewis, who won the D10-A individual title last year. NE loses just one varsity runner from last year and will have a good shot at competing for a high finish. Mercyhurst Preparatory is also moving from 1A to 2A this season. After a sixth place 1A finish at districts last season, Prep will look for a similar result in 2A with four of seven back.

Hickory (fifth at districts last year) loses five seniors from its '17 squad, but will look to turn a new page with its top two runners from last year, rising sophomores, Cole Frazier and Matthew Jordan. Meadville Area and Oil City will look to make a good run this fall, too.