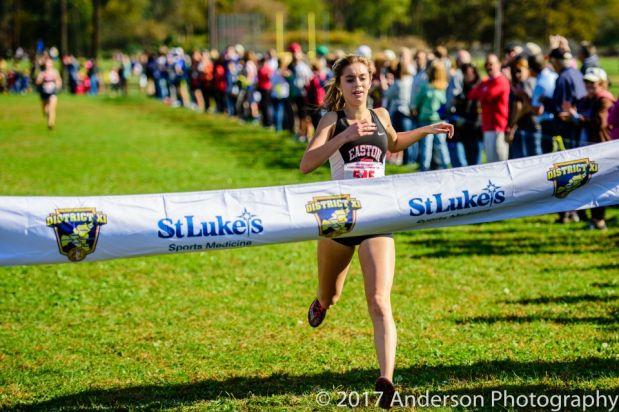 District 11-AAA has no shortage of strong returners and a number of those girls will be in the mix for the district crown this fall.

At the top is Easton Area's Lauren Maddison, who ran to the D11-AAA last season. Maddison just missed out on a state medal placing 26th, so expect the Easton team leader to be motivated for the repeat at Bethlehem Municipal Golf Course and a high states finish. She'll be challenged by Liberty's Belle Weikert, who was second to Maddison at districts and then one place behind her again at states, where she took 27th. This will be an interesting matchup to keep an eye on all season long.

One to watch is Stroudsburg's Amy Conboy. After taking 15th at states as a sophomore, she was 48th at states last year. Conboy placed fourth in D11-AAA last season. She can't be counted out after a strong spring season and she'll put herself in the conversation for the district crown.

Freedom's Lauren Charboneau was third at districts last year as a freshman. She moves into her sophomore year as one of the top names in District 11. Nazareth Area's Alysse Danyi, Easton Area's Skyler Danley, Northampton's Georgia Wiswesser, and Stroudsburg's Ciara Conboy are among the other returners that placed inside the top ten of D11-AAA last year.