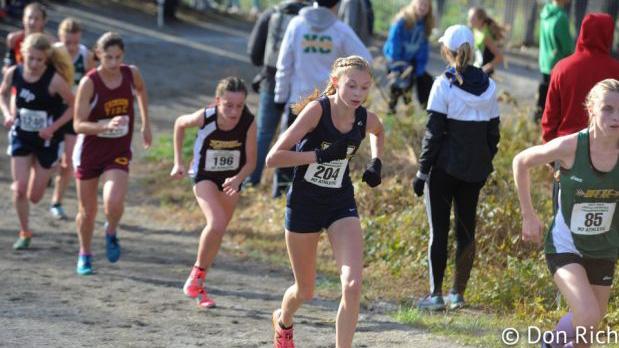 District 10 Class A got a little makeover in the offseason as the defending district and team champs from Fairview moved to AA for at least the next two years. That also means Maddison Hayes and Halle Myers, the pair that essentially tied for the individual title in D10-A last year, won't be back to defend that title.

Instead, the door is open for a new champion this year. Wilmington's Grace Mason was third last year and is the top returner in the district. Mason went on to take 15th at states. Now a sophomore, she'll be a serious threat for the D10-A individual crown and another high states finish this time around.

Ellie Wanner of Kennedy Catholic was just a few ticks behind Mason at both districts and states. She was fourth in D10-A and 17th at states a year ago. Wanner will be looking to flip that fortune this season and will be another contender for the district title.

Claire Oliver of Lakeview was fifth at districts last year and she returns for her junior season. Expect her to be in the mix for the win as well. Union City Area's Abby Anaya and Lakeview's Danielle Williams are other top ten returnees worth keeping an eye on this fall.

The district looks very wide open this season and it will come down to which girl brings their best fitness into Buhl Park in late October.