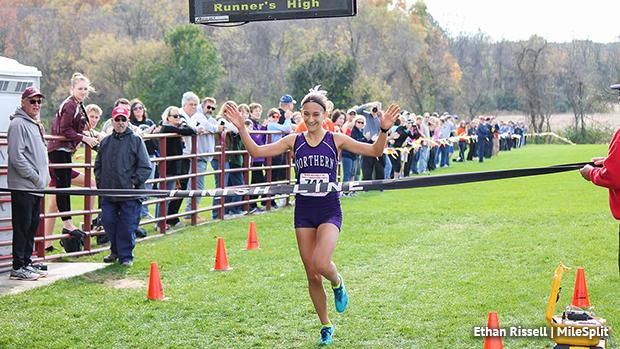 Marlee Starliper etched her name into Pennsylvania distance running lore last season, with a memorable season. She dominated every race on PA soil, winning at Ben Bloser, Carlisle (in a 16:50!), and then districts and states -- all in convincing fashion. She closed out her season with a win at Foot Locker Northeast and then placed 13th at Foot Locker Nationals.

And that was just her sophomore season! Starliper, of Northern, enters her junior season as one of the nation's top runners and a heavy favorite to repeat as state champion. She is the runner to watch for this fall in Pennsylvania.

Taryn Parks of Greencastle-Antrim is our Preseason No. 2 runner in the state. She also happens to come from the same classification and district as Starliper. Parks was the AA state champion as a freshman, outkicking Starliper for the win. Last year, Parks was third at both districts and states. After that, she went on to grab her second straight Foot Locker Nationals berth with a tenth place FLNE finish. Parks won the AAA 1,600 meters at outdoor track states, despite a mid-season injury. Parks is certainly still not one to sleep on in PA, and she'll be aiming for a big junior season.

There's some good talent after the top two in D3-AA. Eastern Lebanon County's Lily Brubaker and Boiling Springs' Elaina Clancy took fifth and sixth at districts last year, respectively. Both will have a lot of motivation heading into this season after finishing just outside state medal territory last season.

Northern's Katie Anthony, Big Spring's Gabrielle Reifsnyder, Wyomissing Area's Grace Kuhn, and Eastern York's Olivia McLain are all back from the top ten in the district. York Suburban's Courtney Ohl and Emma Trout will look to get inside the top ten of the district this year after taking 11th and 12th last season.