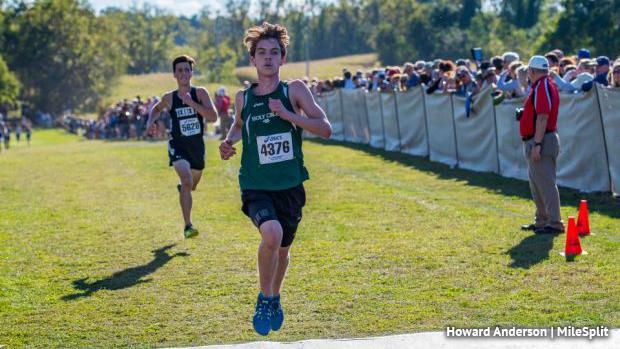 After placing second at districts last year, Andrew Healey of Holy Cross is the one to beat in District 2 Class A this season. Healey had a big sophomore season that included strong runs a sub-16 run at Paul Short and a fourth place finish at states in 1A. Healey is not only the favorite in District 2, but one of the best bets to win a state title in November.

Liam Mead, third at districts last year, will be looking to keep the D2-A individual title in Montrose's hands (his former teammate Brandon Curley won last year). Mead wound up sixth at states, not far off Healey, so look for a good intra-district dual between a pair of good runners this season.

Elk Lake's Peyton Jones is another returning state medalist out of D2-A. Jones was fourth at the district meet and then ran to a 19th place states finish in Hershey. Look for another big year from the rising senior Jones.

The Montrose duo of Colin Spellman and Max Brewer are also back from the top ten in the district from last year. Expect this deep Montrose boys team, one of the best 1A teams in the state, to have some others emerge this fall.