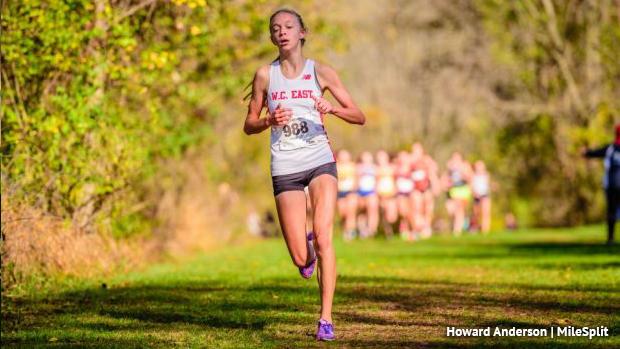 One of the more open big districts for this fall is District 1 Class AAA, where a number of girls should figure into the equation for the individual crown.

The top returner based on districts place is Julia Flood of Central Bucks West. As a freshman, Flood took fourth to pace the district champs from CB West. Her teammates Piper Wilson (a rising junior) and Emmi Simon (a rising sophomore) are also back from the top ten in the district from last year. Each of these girls will look to make another big jump this season and possibly come away with a district crown.

West Chester East's Allyson Clarke will contend for the title, too. She was fifth at districts and 41st at states. After a good spring on the track, she looks primed for a big junior season. Cheltenham's Janelle Williams (seventh) and Upper Merion's Veronica Sanchez (ninth) are among the other top ten returners.

The top returners from states out of District 1 are the Unionville duo of Madison McGovern and Marcella Krautzel. This team was built to conquer the Hershey hills and peaked at the right time with McGovern taking 19th and Krautzel placing 22nd at states. Interestingly enough, McGovern was 19th and Krautzel was 35th at districts a week earlier. Look for these two to return to the medal podium at states.

Another great states performer from District 1 was Michelle Qin of Harriton. She took 25th at districts, but ran much better at states to place 35th. She'll be a state medal contender for sure this fall.

There's no clear-cut favorite to take the D1-AAA this year, but there are a number of girls on the cusp of taking their running to the next level. It will come down to who has seen the best progression since last year.