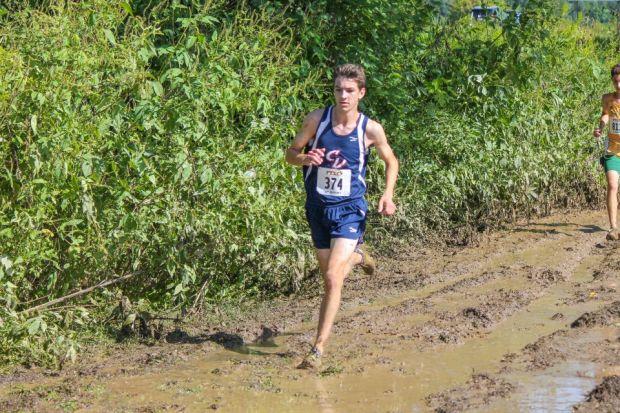 The boys' Blue Race has been home to some strong performances the past few years. Two years ago Joe Cullen ran to the win, and last year, the win belonged to Tyler Leeser -- a pair of big names over the past few years in PA distance running. We'll see who else can add their name to the list on Saturday.

Last year, despite running its' 'B' varsity squad in this race, the deep squad from Loudoun Valley scored 49 points to run away with the Blue Race title. Expect more gold Vikings tops inside the medals on Saturday, even though it will once again be their 'B' team.

Montgomery (NJ), Northern, Central Bucks West, and Boiling Springs are among the other teams worth watching for in the Blue Race on Saturday.

Individually, we should see a good race. Conestoga Valley's Nathan Grucelski will aim for a good start to his fall. He was fifth at PTXC 9 in the Blue Race and the top returner. The senior really broke out during his junior year on the track, qualifying for indoor and outdoor states in the mile and 1600 meters. That should translate to a big fall on the trails.

Cedar Cliff's Jack Baker is also coming off a strong track season that saw him run 1:55 in the 800 meters. He'll look to be near the front at Kutztown. Trinity's Will Bucher and the Elizabethtown Area duo of Nat McCloud and Jesse Myers are among the others to watch for in this deep District 3 contingent in this race.