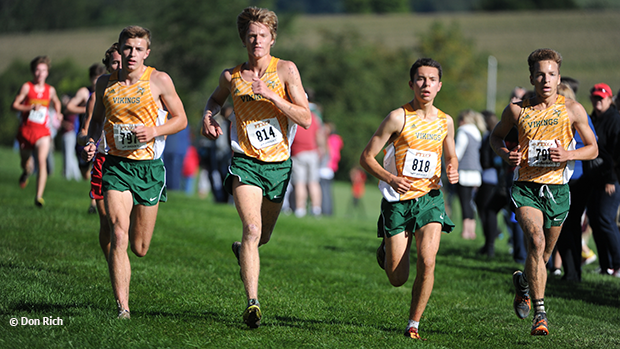 The nation's top team -- Loudoun Valley from Virginia -- is set to open up its 2018 XC season in Pennsylvania at PTXC 10. The Vikings ran to the Nike Cross Nationals boys title last season and have a talented group of returners ready to go for the repeat this season.

LV will go for its third straight PTXC title on Saturday without a pair of its top guys. Sam Affolder (last year's champ and former Carlisle standout) is not entered and neither in Connor Wells (21st at PTXC 9 last season). But the Vikings will still be heavy favorites for the team title this weekend.

Look for LV's Jacob Hunter -- the brother of Drew Hunter -- who was third at PTXC 9 and fourth at the VA state meet last year to be the one to beat. Hunter ran 9:07 for 3,200 meters on the track and is primed for another big season. Kevin Carlson, Jacob Windle, and recent transfer from Bishop Shanahan, Carlos Shultz, to also compete for high finishes, and possibly the win in the Gold Race. Shultz has already raced for LV, winning two weeks ago at Great Meadow (LV did not race its full varsity squad at that meet).

However, this race is a lot more than just the US#1 squad. It's filled with some strong individuals that could certainly challenge for the top spot. 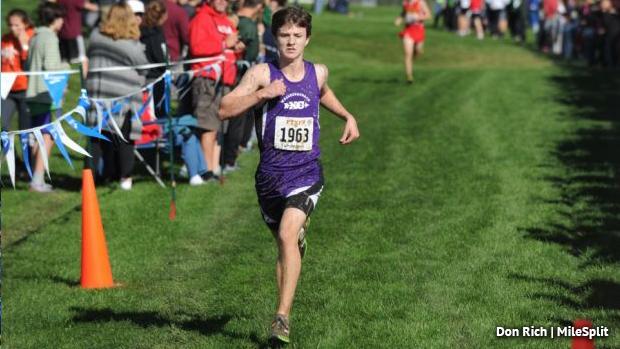 Mendham from New Jersey has a strong pair of boys in this field in Jack Stanley and Jack Jennings, a pair of the Garden State's top returning individuals for this year. Look for this pair to work together in this field. Four other top 25-ranked PA boys are in this field. Andrew Healey (PA#16) of Holy Cross, Brandan Knepper (PA#17) of Mechanicsburg Area, and Christian McComb (PA#23) of Boyertown. This will be the invite season debut for Healey and Knepper, while McComb opened with a win at Northampton last week that vaulted him into the top 25. Manheim Township's Ian Miller enters this weekend on the PA Bubble, but a strong performance could get him inside the rankings.

As for the team race, it's likely that no team will touch Loudoun Valley. Even without a few horses, the Vikings have more than enough depth to make this a runaway.

PA#7 Central Bucks East won at Northampton last week and will look to keep it rolling into this week and earn that top PA team spot. Mendham (NJ) comes in with a strong top two and ranked as NJ#9, so they are a team worth watching for. Solid District 3 squads Warwick and Chambersburg (second at Enos Yeager last week) will be strong on Saturday. Council Rock North (second at the state meet in AAA last year) will look for a strong meet. Calvert Hall College (MD) and Parkland are among the other teams to watch for in this stacked Gold Race.