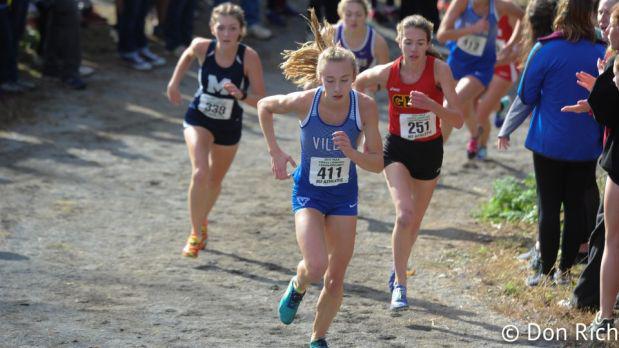 GIRLS: The Villa Maria girls will travel to one of District 9's top invitationals of the season, looking to come out on top. Led by Leah Prischak, a returning AA state medalist, VM will be the favorites to take the top team spot on Saturday. After that, it should be a close race between D9 teams like Bradford, Clarion Area, and Clearfield, all looking for an early-season leg-up on the competition.

Individually, Prischak will be challenged. Jules Jones of Cowanesque Valley will be one to watch, coming over from the District 4 area. Villa Maria's Katherine Flanagan, Elk County Catholic's Chelsea Hunt, and Kane Area's Emily Peterson will also be in the hunt.

BOYS: Expect a good early season District 9 battle on Saturday both individually and team-wise. Up front, Ben Hoffman of Elk County Catholic is the defending meet champion. He'll look to repeat, and so will the team which took second in 1A at Red, White & Blue last week. Looking to challenge Hoffman is the Smethport Area duo of Christian Tanner and Darion Gregory. ECC's Isaac Wortman, Clarion Area's Nathaniel Lerch, and Bradford Area's Tyler Kraft will also be in the mix for high finishes.

Int he team race, Cathedral Prep may be the team to beat, but expect Bradford, Elk County Catholic, Smethport Area, and Clarion Area to contend for the win there. It appears to be a very wide open team race.