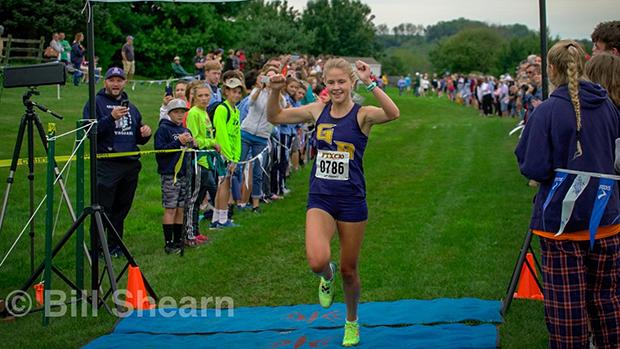 PA#2 Taryn Parks of Greencastle-Antrim will look to follow up her scintillating performance at PTXC 10 with a another big race at Big Spring, the site of Mid-Penns and the District 3 Championships. Parks went 18:08, nearly a career best time on a challenging Kutztown course. Now she heads to another tough course at Big Spring course, where we could see another big performance.

Also in the A & AA is Pine Grove Area's Christina DiFalco, who is coming off a win at DeSales last week. She'll look for a second straight strong race. Eastern York's Olivia McLain, High Point Baptist's Anna Steich, and York Suburban's Courtney Ohl among the other contenders here.

York Suburban, Boiling Springs, Conrad Weiser, and Camp Hill make up a solid group of teams that should make for a close team battle.

Expect a good race for the individual win in the AAA race. Saturday will mark the season debut of Emily Schuler of Dallastown. The junior comes in at PA#6, but could move up with a big performance. But she will be challenged. Central Dauphin East's Makenna Krebs had a breakthrough race to win at LVC last week in dominant fashion and she'll be out to prove she can do it again this week.

Elizabethtown Area's Madeline Quinn, Cat Shontz, and Katie Locker are a strong top three that will be competing for spots inside the top five on Saturday. The Saint Joseph's Catholic duo of Sera Mazza and Julia Cusatis, Ephrata's Mary Campbell, and Carlisle's Meg Lebo will also be competing in this deep central PA field. Look for a crowded group of runners competing in the top ten.

PA#10 Dallastown, Carlisle, Saint Joseph's Catholic Academy, Elizabethtown Area, Northeastern are among the top teams to watch for in this race. It's a good opportunity for some teams to make a good mid-September statement. 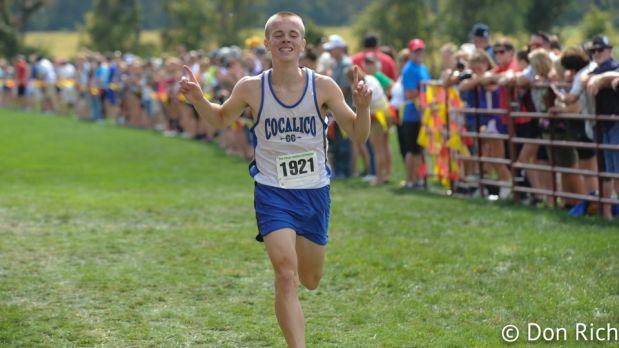 Garrett Baublitz opened his junior year in a big way, as the Juniata harrier ran to the season opening win at Big Valley two weeks ago. Now he'll head to Big Spring, hoping for win No. 2 on the season on Saturday. He enters as the favorite. Looking to keep pace with Baublitz are a pair of strong D3-AA runners Jarrett Raudensky of York Suburban and Logan Horst of Lancaster Mennonite.

Horst's teammate Nathan Yoder could also get in the mix, along with Saint Joseph's Catholic's Carter Kauffman and East Pennsboro's Caeden Smith

In the team race, Saint Joseph's Catholic, Mercersburg Academy, Boiling Springs and Milton Hershey are among the top teams entered for Saturday.

The AAA boys race will present an interesting early season matchup between some of District 3's top individuals and teams. PA#25 Jack Wisner of Carlisle, who won at Enos Yeager to open up his season, will go for another win on Saturday at Big Spring. Last year's Bulldog Invite winner Evan Kreider of Cocalico will also be a factor, though, hoping to start his season off the same way as last. PA#21 Andrew Foster of Ephrata will open up his season, too. Mechanicsburg Area's Brandan Knepper and the Oxford Area duo of Evan Campbell and Luke Campbell will also be in the mix.

Hoping to spoil it for the PA boys is Gonzaga's Gavin McElhennon, who will come up from Washington D.C. McElhennon is the reigning District of Columbia XC champ from last year.

The team race should be interesting, too. Gonzaga (DC) has the frontrunner and a team with solid depth all around. Carlisle comes in at PA#6, looking for a big win to solidify that ranking. Oxford Area is an intriguing District 1 squad that opened up with a win at LVC last week. This team could challenge for the top spot in the standings. Chambersburg, Mechanicsburg, Gilman School (MD), and Hempfield will all factor in, too.