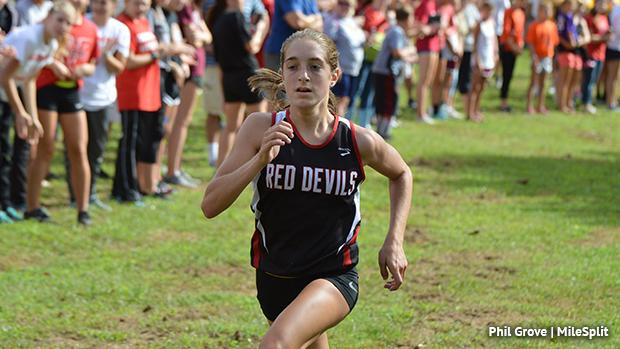 The Cornwall duo of Meredith Hickman and Ashley Hickman will be the among the favorites on Saturday in the Champions Race. The pair have had a strong strong to the season. Those two will be challenged, though.

Stella Kuntz of Central Cambria will be a factor up front. The freshman has been off to a flying start this season. She won most recently at Kiski. Her teammates Paige Wess and Ella Vrabel shouldn't be far behind.

Marion Center Area's MacKenzie Walker will be in the mix. She went 20:05 at the Red, White & Blue Classic this season, and should be among the frontrunners. Corinne Firestone of Cedar Cliff was third in the Blue Race at PTXC 10. Expect her to be among the leaders come Saturday, as well. Stone Bridge (VA)'s Kelly Byars, Riverside (VA)'s Chloe Ramirez, and Red Lion's Kiersten Lloyd are among the other top names in the field.

The team race will be a good matchup between Cornwall (NY) and PA#10 (PA-2A#1) Central Cambria. Both teams have the frontrunning, so it'll come down to depth to take the top spot. Washingtonville (NY), Upper Dublin, and Riverside (VA) will also post low scores.