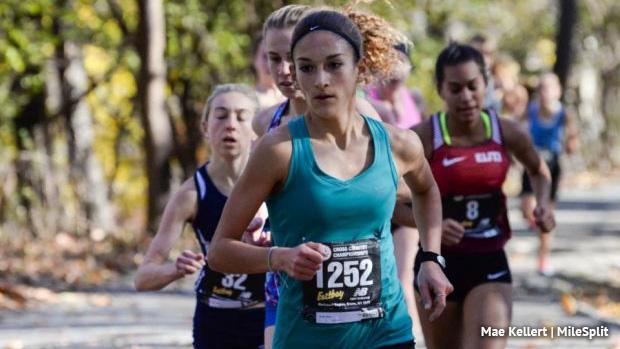 A year ago, Marlee Starliper made her presence known on the national scene, running to the win against a strong veteran field. Fast forward to this year and the Northern junior is a known commodity. She's had an even better season than a year ago.

Starliper won at Foundation and Paul Short, before really turning it on for the postseason. She rolled to the Mid-Penn title, went 17:19 in a nor'easter to win the District 3 title, and then notched her career best speed rating of 154 to win her second straight AA state title on a muddy Hershey course in 17:53.

However, the field appears much deeper up top than it was a year ago. Starliper will have more than a few challengers in what should be a really good test against some top regional names. Starliper, PA's top girl (ranked No. 6 nationally by MileSplit), may have to run faster than the 17:47 she dropped to win FLNE a year ago. 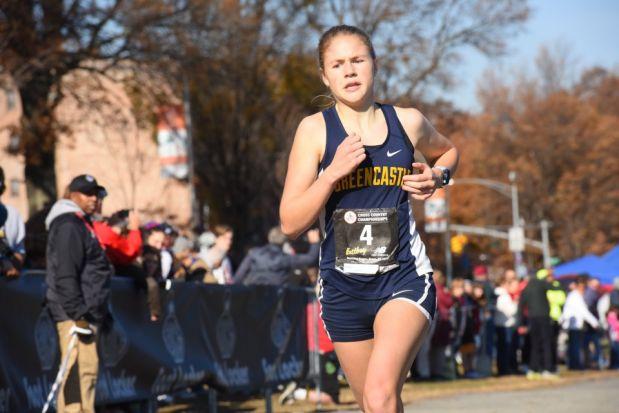 Grace Connolly of Natick (MA) will be Starliper's top challenger up front. The senior was an FL national qualifier two years ago, but didn't race at regionals in 2017. She won the MA state title by over a minute and may very well be the one to beat. Sydney Masciarelli (CT) and Abby Loveys (NJ) will also be in the mix near the front.

Greencastle-Antrim's Taryn Parks will be looking to make it three-in-a-row at FLNE. The junior has qualified for nationals each of the last two years. Parks, the PIAA Class AA runner-up, is running the best of her career too and seems primed for a spot somewhere in the top ten; she always runs her best at Van Cortlandt.

A pair of other PA girls should be seen as "Bubble" threats to the top ten and San Diego. Sharon sophomore Gianna Labbiento is in the midst of a great season. She was third behind Starliper and Parks in AA at the state meet and has amassed six wins this fall. Saturday will be her regional debut as she did not race at FLNE last night. West Chester East's Allyson Clarke is also a contender. The junior was third in AAA in what has been a breakthrough fall for her.

A pair of other hopefuls includes the Fox Chapel Area duo of Sarena Seeger and Grace Sisson. The two took 5th and 9th respectively at states in AAA, the latter of which with just one shoe for the final 2 miles. PAISAA champ Isabelle Goldstein of Germantown Academy will look to follow up her independent schools' state title with another strong race. Rebecca Wusinich of Friends' Central was second in the PAISAA and is also looking for a strong FL performance.