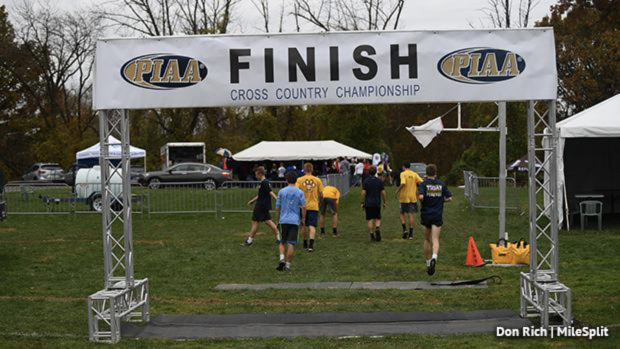 The Pennsylvania Interscholastic Athletic Association (PIAA) is proud to announce a partnership with MileSplit, a part of the FloSports network, making MileSplit a presenting sponsor of the PIAA.

PennTrackXC, MileSplit's Pennsylvania affiliate, has been working closely with the PIAA since MileSplit's inception in 2001. MileSplit co-founder Don Rich started PennTrackXC with a camera and a dedication to covering the sport at the high school level. Since then, PennTrackXC has helped grow and expand the reach of cross country and track and field throughout the Keystone State with results, race videos, photos, rankings, athlete interviews, feature stories, and much more. MileSplit works with state editors to facilitate the business, as well as the publishing processes associated with the management of track and field and cross country meets. Its elaborate network is then able to provide in-depth coverage at the grassroots level from one state to the next.

Simultaneously, these state portals distribute content to a national database that expands MileSplit's unprecedented depth of national coverage. Through the multi-year partnership, MileSplit becomes the official cross country and track and field registration platform of the PIAA. When schools offer registration through MileSplit's platform, it assists MileSplit in more effectively covering the sport in areas ranging from planning coverage schedules to previewing upcoming meets.

"We are honored to partner with the PIAA and continue to build on the foundation that Don and Gayle Rich established two decades ago," said Alonso Rodriguez, Director of business development at MileSplit. "Utilizing MileSplit's free registration system and database will allow Pennsylvania teams and athletes to receive the coverage that they deserve. We look forward to working with the PIAA for many years to come."

Beginning in Pittsburgh, on December 29, 1913, PIAA was given the privilege of serving its member schools and registered officials by establishing policies and adopting contest rules that emphasize the educational values of interscholastic athletics, promote safe and sportsmanlike competition, and provide uniform standards for all interscholastic levels of competition.