Track and field is back! The indoor season will begin on Saturday for many Pennsylvania track and field athletes at the Ursinus High School Opener. Here are some names to keep an eye on!

Shaun McCoullum, a Sophomore from George Washington HS, is entered in both the 200-meter dash and the 55-meter dash. McCoullum started making a name for himself last year during his freshman campaign, where he finished up the outdoor season taking second in the Freshman 100-meter dash race at New Balance Nationals, running 10.85 seconds. It will be exciting to see a year-older McCoullum back on the track.

Senior Dante Ndeta of George School will compete in three events on Saturday. Ndeta is entered in the meet at 6.34 seconds for the 55 meter-dash. He is also entered in the 200-meter dash and high jump.

You can't talk about the high jump without mentioning Lucian Freeman of Emmaus. Over the summer, Freeman won the AAU Region 02 Qualifier clearing 6-4. Hopefully, the last outdoor season's momentum will spring him into a solid Junior year.

These are some top boys that will be back in action on Saturday!

Expect to see the Episcopal Academy duo Saige Forbes and Avery Elliot in the long jump. Forbes is coming into the meet as the 2022 PAISAA Championship runner-up, jumping the distance of 17-5. Her teammate, Elliot, is coming into Saturday's meet with a personal best of 17-1.5. It will be exciting to see these two closely matched teammates face off.

One more athlete to watch out for is Sophia Hill of Radnor in the pole vault. The Junior finished fourth at the 2022 PTFCA Indoor State Championship, vaulting a personal best mark of 12-6. She also took seventh at Nike Indoor Nationals in the Championship Girls Pole Vault competition, clearing 12-0.75, and sixth at Adidas Track Nationals, clearing 12-2.5.

These are some of the top Pennsylvania girls competing on Saturday! 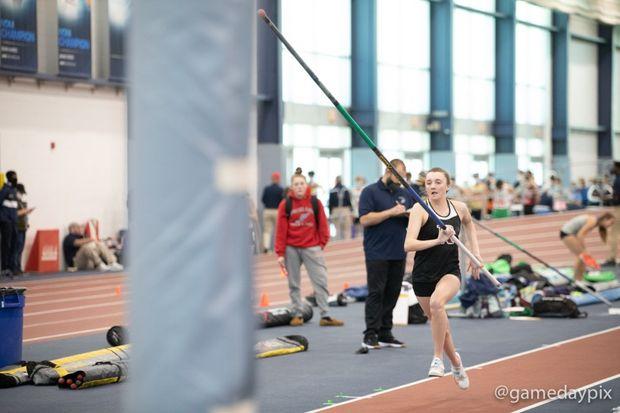