What is your most memorable race/competition?
Though there have been many races I will never forget, my most memorable race is New Balance Indoor Nationals which I competed in the past winter. Just to be in that atmosphere and be among some of the best high school athletes in our country left me starstruck and I am incredibly grateful for that experience. 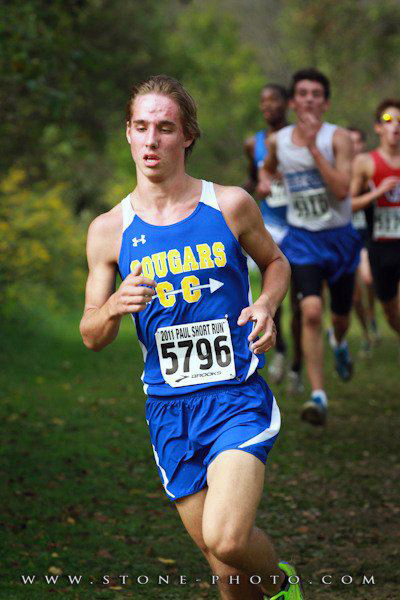 Where did you face your biggest competition?
For the most part, my league and district were very competitive throughout my four years of high school track and cross country, so I was able to be pushed every race I ran. In addition to the small races, I was also blown away by the competition at the state meets in both XC and track.

Out of all of your high school accomplishments, which stands out the most?
Above any accomplishments and awards I received in running during high school are the memories I've stored and friends I've made thanks to the sport. However, the accomplishment which stands out the most is my 2010 XC Footlocker Regional medal. From the beginning of that cross season, a goal was getting a medal at that race. So to end up placing 24th and clinching a medal by seconds was one of the best feelings ever.

If you could do it all again, what would you change about your athletic career in high school?
I am incredibly thankful for everything this sport has brought me during the past four years. The only two regrets I have are not getting serious with my training until my sophomore year and not being more conservative in the months leading up to my stress fracture in the spring of 2010.

What were the most difficult obstacles you've had to overcome?
At Valley View, the cross country coaching position was like the Professor of Dark Arts teaching job at Hogwarts; we changed xc coaches every year or so (in my career, I had five different cross country coaches). This was difficult for me and was most of the time left to train myself. Thankfully however, I had great teammates and we were able to help each other through the self training and coaching.

What will you miss the most?
I honestly don't know where to begin. High School running has defined me in so many ways and I have gathered so many fantastic memories and many great people through it. If I had to choose one specific thing though, I think I will miss the team trips down to cross country states the most. Every year, we would load up two cars of both teammates and friends, and head down to Hershey. We would go to Red Robin for lunch on Friday, check into the hotel, walk the course, go to Your Place for dinner, hang out in the hotel just having a good time and momentarily forgetting about the stress of the race the next day (probably staying up later than we should have). The next day, those who actually qualified would race and the others would cheer us on. Having the support there was great. 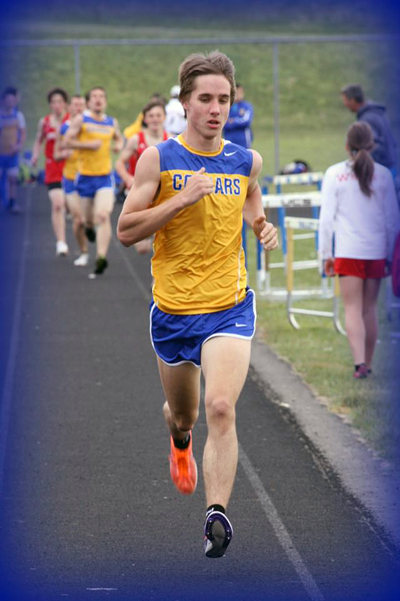 Do you have any advice for younger athletes?
Consistency. There is no secret workout or formula that will make you better. All it comes down to is putting in the miles over many seasons. If you can do that and avoid injury as much as possible, eventually the work will begin to show.

Have your coaches influenced your performance and your life goals overall?
My track coach, Brian Kearney, has always been a role model of mine. Not only was he the one who got me involved with running and has constantly pushed me to do my very best on the track, but he has also taught me many valuable life lessons including accepting both defeat and victory graciously and the emphasis of putting your family above all else.

What are your college plans?
I will be attending Duquesne University in the fall where I will continue on with my cross country and track career as a Duke. I will be majoring in business management and finance with plans to eventually go onto law school.

Shout outs:
-To my family and friends for being there for me.
-My track coach, Brian Kearney -Both my teammates and competitors who have made my past four years as a runner a challenging, fun, and fulfilling experience all at the same time. -Jake Kanavy for not only being a great friend but also a great teammate and always forcing me to break past my limits and realize my true potential. (And for not making me the only crazy high school kid running the local roads in short shorts).